The Haftorah of Shabbat Teshuva opens with the following call for repentance:

Return, Yisrael, unto Hashem, your G-d, for you have stumbled in your iniquity. Take words with you and return to Hashem; say to Him, "May You forgive all iniquity and accept good, and let our lips substitute for bulls [i.e., let our prayers substitute for sacrifices]." (Hoshea 14:3-4)

These two verses deal with two layers of teshuva. The first verse, "Return, Israel, unto Hashem ..." deals with TESHUVA MIYIRAH, a lower level of repentance motivated by fear of punishment. This is evident from Chazal's drasha on the phrase "for you have stumbled in your iniquity," that through repentance "intentional sins are rendered as unwitting" (Yoma 86b), which refers to teshuva miyirah. The second verse, "Take words with you ..." deals with TESHUVA MEIAHAVA, a higher level of a repentance motivated by love of G-d.

The Malbim uses this distinction to explain numerous differences between the two verses. The first verse says, "Return, Israel, UNTO (`ad) Hashem," implying that Hashem is standing far and they must go until they reach Him, whereas the second verse says "Return TO (el) Hashem," since they return to His love and service with a full heart. A second difference is that the first verse bases the pardon on the fact that "you have STUMBLED in your iniquity," -- you were like someone who sinned unwittingly or by force, while in the second stage, "Take words with you and return to Hashem" -- your improved actions and good deeds will serve as words to advocate on your behalf. In teshuva meiahava, not only is there turning away from evil, but also doing good.

The Malbim explains, as well, based on this distinction the addition of the word "all" in the second verse, "May You forgive ALL iniquity," since in teshuva meiahava the ENTIRE sin is erased, not only a part of it. In teshuva miyirah, however, the entire sin is not erased, and there remains the blemish of an unwitting sin. Furthermore, since in teshuva meiahava the bad deeds turn into good ("accept good"), the sin can be atoned for with words alone ("our lips"), in contrast to teshuva miyirah which still requires sacrifices to complete the atonement.

Maran Rosh Hayeshivah, Harav Goldvicht, zt"l, also explained based on this distinction why the first verse makes reference to both G-

R. Chaim Volozhoner emphasizes that the prayer of Rosh Hashana (and essentially prayer throughout the year) is just, "to give further strength to the Olamot Hakedoshim (holy worlds) ... and not about a person's own issues and needs at all. We clearly see that the nusach of the Rosh Hashana prayer is arranged from beginning to end only about the glory of His kingdom, that it should be exalted as it was initially ..." One of the proofs that R. Chaim brings is connected to our verse.

The gemara quotes the well known statement of R. Yehoshua b. Levi that "Prayers were established corresponding to the daily sacrifices." (Berachot 26b) Similarly, we find in the midrash: "Let our lips substitute for bulls." Yisrael said, "Master of the Universe, when the Beit Hamikdash stood, we would offer sacrifices and be atoned for. Now we have only prayer." (Bamidbar Rabbah 18:17) R. Chaim points out that this link between prayer and the atonement of the daily sacrifices is further proof that prayer must be oriented towards the pain of the Divine Presence in exile, since the daily sacrifices "were all burnt-offerings, entirely for the fire, all going up to Heaven, and there was no portion for the common person at all." So too, the prayers must be of this nature.

This kind of prayer, which is all directed toward Heaven and not for the person's own needs, certainly flows from a love of the Creator. Someone who worships his Creator out of fear alone, is essentially concerned about himself, and is praying for his own needs. Therefore, "Let our lips substitute for bulls," which alludes to the service of the daily offerings and to their substitute, prayer about the pain of the Divine Presence in exile, is found only in the second verse which talks of teshuva meiahava. 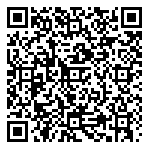