It is well known that, "Repentance, prayer and charity avert the terrible decree." Thus it is clear that, as a general approach, we must prepare for the Days of Awe by improving our ways, by sincere prayer for G-d's mercy, and by providing for those in need. Nevertheless, we find in Chazal additional pathways to forgiveness - factors that enhance our chances for being inscribed into the Book of Life. A few of these approaches will be discussed here.

A. VIEWING ONESELF AS PART OF THE KLALL

The Tur (O.C. 58) writes, ". . .normally, when facing judgment, one dresses in black, but we dress in white and celebrate, knowing that G-d will perform a miracle for us." Thus, the Tur assures us that on Rosh Hashanah we may have full confidence in our receiving a favorable verdict. On the other hand, there is another statement of Chazal that would seem to contradict this. We are told in the Gemara (Rosh Hashanah 32b) that we don't say Hallel on Rosh Hashanah since Hallel is an expression of joy and such joy is not in place on Rosh Hashanah due to the fact that there is a possibility that we will not be found worthy.

Rav Goldvicht, zt"l, would often quote an approach taken by the Mussar masters to resolve this apparent contradiction. A distinction is drawn between the verdict of the Jewish People as a whole and the verdict of each individual. As a nation, we are ensured that G-d will have mercy on us and forgive us, "'For the mountains may depart, and the hills be moved, but My kindness will not depart from you,' says G-d, Who has compassion on you (Isaiah 54:10)." On the other hand, as individuals, nobody has any guarantee that he will be judged favorably.

Based on this distinction, the founders of the Mussar school indicate that the more one views himself as part of the whole, the more confidence he can have that he will be inscribed in the Book of Life. Thus one important path, through which an individual can hope to hear G-d declare, "Salachti - I have forgiven," is by dedicating himself to addressing the needs of the community and the Jewish people.

B. JUDGING OTHERS FAVORABLY

In Vayikra, the Torah commands us, "With justice shall you judge your neighbor (Leviticus 19:15)." Based on this verse, the Mishna in Avot (1:6) instructs us, "Judge everyone favorably." If we see a fellow Jew doing an act of questionable nature, we are obligated to interpret it in a favorable manner, and are not permitted to assume that he has violated a transgression. The reward for doing so, the Gemara (Shabbat 127b) tell us, is that the Heavenly Court will judge us in a similar positive manner - "One who judges his fellow man favorably, is judged favorably."

An additional note is in order. It is normally assumed that the concept of judging favorably dictates simply that we give others the benefit of the doubt. However, if this is the case, then the aforementioned Gemara would seem to be saying that the reward for judging favorably is that G-d will give us the benefit of the doubt. Now, this certainly cannot be the case. After all, the concept of doubt certainly does not apply to G-d! Apparently the mandate to be "Dan L'kaf Z'chut" tells us more than just giving others the benefit of the doubt. It also dictates that even if we see an action the nature of which is clearly improper, we should still try to look for mitigating factors or positive aspects which might be present. As Irving Bunim in "Ethics from Sinai" beautifully points out, "Hevei Dan et KOL Ha'Adam L'kaf Z'chut" - view the WHOLE man, the person in his entirety, and then you are bound to find redeeming virtues. In this sense, the idea of judging favorably can certainly also be applied to G-d. Thus if we try to see others in the best light possible, G-d will respond with kindness and view us in a positive light.

C. BEING FORGIVING TO OTHERS

In the Haftarah said on Shabbat Teshuva, the prophet Micha states, "Who is a G-d like you, forgiving iniquity and passing over transgression? (Micah 7:18)" The Gemara (Rosh Hashanah 17a) expounds upon this verse, asking, "To whom does G-d forgive iniquity? To one who passes over [and is forgiving of] the transgressions [of others]." In connection with this concept, the Talmud (ibid.) relates a most remarkable anecdote: Rav Huna was excessively ill. When Rav Papa saw how severe the illness was, he advised that shrouds should be prepared. Almost miraculously, Rav Huna survived. Rav Huna states that during his illness he had an apparition in which he was informed that, in fact, there was a decree that he, Rav Huna, should die, but G-d declared that since Rav Huna made allowances for others, an allowance should be made for him.

As the year comes to an end, we tend to reflect on the events of the months passed. It is possible that we recall times when others have sinned against us and infringed on our rights. Such memories can lead to feelings of animosity and ill will However, it would be wise for us to bear in mind that we too have perhaps sinned against and infringed on His rights. By conquering our will and by not bearing a grudge towards others, we have good reason to assume that G-d will be equally lenient towards us.

Of course, the aforementioned concepts are founded largely on the more general principle that states that G-d deals with us, "Midah K'neged Midah - measure for measure." Thus, G-d repays a kindness with a kindness. There is a beautiful interpretation of the Tzeror HaMor (Exodus 34) that is most fitting to this idea. The Gemara relates that G-d revealed to Moses the secret of achieving G-d's forgiveness. We are told that, "This teaches that the Holy One, Blessed be He, wrapped himself [in a Tallit] like a leader of prayer, and said to Moses, 'Whenever I see the Jews sin before Me, let them perform this procedure and I shall forgive them (Rosh Hashanah 17b).'" G-d told Moses that the Thirteen Divine Attributes of Mercy are the key to our exoneration. However, if we examine the Gemara closely we will see that we are not promised that mere mention of the Attributes of Mercy warrants forgiveness. Rather, the Gemara says, "Let them perform this procedure." Only if our prayers are accompanied by performing and emulating these merciful attributes of G-d are we ensured that our call to G-d will be heard and Hee will respond from His heavenly abode, "Salachti Kid'varecha - I have forgiven as you have requested (Numbers 14:21)." 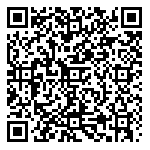