Haftorah: "Zion had Labor and Gave Birth to her Children"

The Haftorah of Shabbat Rosh Chodesh is the final chapter of Yeshaya. This chapter deals mostly with the wicked, and speaks of their sin and their punishment, but also contains consolation of Yerushalayim in the future. Yeshaya turns to those who are dedicated to G-d's word, and promises them (66:7-9):

Before she even feels her labor pains she will give birth; before any travail comes to her she will deliver a son! Who has heard such as this? Who has seen such as these? Has a land ever gone through its labor in one day? Has a nation ever been born at one time, as Zion went through her labor and gave birth to her children? "Shall I bring [a woman] to the birthstool and not have her give birth?" says Hashem. "Shall I, Who causes birth, hold it back?" says your G-d.

The metaphor that Yeshaya uses to describe the redemption and the nation's return to its Land contains two components: A. The degree of pain. B. The speed of birth. We would like to address these two components of the metaphor.

A. The degree of pain: In pasuk 7 the prophet relates to the woman's birth pangs, which are called "labor pains" and "travail." He compares the redemption to a birthing woman who does not suffer any pain at all, since she gives birth before she feels her labor pains, and delivers a son before any travails seizes her. At first glance, this prophecy contradicts many other prophecies that explicitly speak of "Messianic travails," and about G-d's justice and vengeance that will come before the redemption. (Cf. Yechezkel ch. 38-39, Zephaniah 3, Yoel 2, Malachi 3, and elsewhere.)

Furthermore, Jewish thought talks at length about the principle stated in Eve's punishment: "I will greatly increase your suffering and your childbearing; in pain you shall bear children." (Bereishit 3:16) It is also known that growth arises only through the rotting of the seed, and that redemption comes only through exile. The prophet Micha declares: "When I fell, I will rise! When I sit in the darkness, Hashem is a light unto me!" (7:8) Chazal comment: "Had I not fallen – I would not have risen; had I not sat in the darkness – He would not be light unto me!" (Cf. Midrash Tehillim 5 and 22) The Torah itself indicates that the way of the Jewish people is, "It was evening" and through this, "it was morning." In the Gemara (Sanhedrin 98b), Ulla says that because of the hardships of the Messianic era, "Let him come, and I should not [be there to] see him." If so, how does Yeshaya prophesy that the salvation will come without pain and without crises and birthpangs, which are an inseparable part of the birth process?

It is possible that Yeshaya hints here to the idea of "fluid prophecy," which is explained in my work, "Yona: Nevuah V'tochacha," according to which the manner in which the prophets' visions will be fulfilled depends on the nation's status. Thus, the meaning of "Messianic travails" also depends on the nation's status. In a generation that is completely righteous the Messianic travails will be minimal, and perhaps Yeshaya is referring to such a generation in our Haftorah. In a generation that is completely guilty, the Messianic travails will be fulfilled in a more severe manner, as described by the other prophets.

B. The speed of birth. In pasuk 8, Yeshaya addresses another aspect of birth, which normally comes after nine long months of pregnancy. Usually, "Those who plant with tears" – only after time, "will reap with joy." However, here the prophet promises such wonders that people will ask with astonishment, "Has a land ever gone through its labor in one day? Has a nation ever been born at one time, as Zion went through her labor and give birth to her children?" – Rashi explains: "Will ... a birthing woman give birth to a land full of children in one day?"

Yirmiya similarly prophesizes: "Behold, I will bring them from the land of the North and gather them from the ends of the earth. Among them will be the blind and the lame, the pregnant and the birthing together; a great congregation will return here." (31:7) Yirmiya's usage of the example, "the pregnant and the birthing," is the opposite of Yeshaya's usage of this metaphor. As we mentioned, Yeshaya compares the speed of the ingathering of exiles to a woman who, in one day, has birthpangs and gives birth. Yirmiya, according to the simple meaning of the pasuk, speaks of the "pregnant and birthing" as two different woman, whose very participation in the ingathering indicates the calmness of the redemption: "They will come so calmly that even the blind and the lame, who will be among them, and the pregnant and birthing will walk at their slow pace." (Radak) The ingathering will be with a sense of security and supremacy, not as an escape of people who are being chased, but rather with pride and grandeur: "You will not go in chaos, nor will you go in flight." (Yeshaya 52:12)

We should mention that the Gemara explains the pasuk in Yirmiya as a great miracle, which skips the stage of pregnancy: "R. Gamliel sat and expounded: A woman is destined to give birth every day." (Shabbat 30b) Rashi: "The moment that she becomes pregnant – she gives birth; she quickly completes the form of the child." This parallels the destined state, "On the same day he plants; on the same day he reaps," that in the future the world will return to its state of before the sin of Adam. Just as then our matriarch Eve became pregnant and gave birth in one day, so, too, in the future, "Zion went through her labor and gave birth to her children." 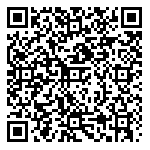