Rosh Hashana of the Trees: Why are Trees Different?

Beit Shammai and Beit Hillel famously dispute whether the “Rosh Hashana for the trees” is Rosh Chodesh Shevat or the 15th of Shevat. Why, however, do the trees have a separate Rosh Hashana? With regard to all other mitzvot teluyot ba’aretz, the first day of the year is considered 1 Tishrei. Why do the halachot of neta revai and ma’aser from fruits depend on a different date?

Trees are singled out in other halachic contexts as well. Although there is a general prohibition of “bal tashchit” forbidding one from destroying any property without purpose, the prohibition against destroying fruit trees is explicit in the Torah, leading to a different approach in the Halacha. In all other cases, a person may use an object even if he thereby destroys it, as long as he uses it purposefully and not with the intent of ruining it, and this is true even when the object is of greater value than the use being made of it. However, when it comes to uprooting a fruit tree, the benefit of doing so must be complete, such as if the quantity of fruits that it produces is minimal or the property that it is on is worth more. Indeed, Chazal explained the pasuk, “For man is a tree of the field” to mean that since man is compared to a tree, it is forbidden to destroy it.

Chazal distinguish between “hashgacha kelalit,” Hashem’s general providence, and “hashgacha pratit,” Hashem’s providence over individuals, suggesting that non-humans are subject only to the former. Many have questioned how it is possible to say that Hashem does not guide the life of every individual creation. We can explain this by way of a mashal. A shepherd cares for each sheep in his flock, carefully checking the needs of each, providing each one with the appropriate food, helping the mother animals give birth, and warming the baby sheep. However, his perspective in doing so is on the benefit of his actions. When he warms a particular sheep or is careful that its wool remains clean, that is not a result of his love for that sheep, but rather because it is in the best interest of his use of that sheep. When a mechanic carefully checks certain screws, he only really cares about the overall state of the object. All of the details of his repair of the object are performed with his eye towards the use of that object.

The creation has a purpose and a destiny. This role is fulfilled in the general perspective, as Chazal teach on the pasuk, “On the day that Hashem Elokim made the earth and thee heavens” – “The complete name of Hashem [is used here] upon the completion of the entire world” (Rashi). The world functions as a complete unit when every individual element fulfills its job completely. For example, the flower is built in a precise manner to fulfill the needs of the bee, but if we were to ask which takes advantage of the other, the answer would be that they together create honey for the sake of those who consume it. In order to see the wonders and perfections of creation, one must study it in its completeness. Similarly, the purpose of the eye is to transmit a visual experience to the individual, but it is made up of a myriad tiny details that make it work just right.

When we focus on the larger picture, we forget about the details. A human administrator cannot focus on the details, and we therefore assume that the Creator does not either. However, “Unlike your thoughts are my thoughts, and unlike your ways are my ways.” When we say that Hashem looks at the larger picture, we mean that He sees the details as part of the group. In the entire creation, the purpose is accomplished not through focus on the individuals, but rather through a general perspective. The exception is man, who is an end unto himself. (For this reason, all the other creations were created in large numbers, whereas man was created as a single individual, to teach us that “anyone who sustains one soul, it is as if he sustained the entire world, and anyone who destroys one soul, it is as if he destroyed the entire world.” In my humble opinion, this is the simple meaning of that phrase.)

Among plant life, the most similar creation to man is the tree. Vegetables grow every year; their cycle of life is not that of an independent organism, but rather is part of the general reality. The tree, in contrast, lives through different seasons and exists as an independent being. For this reason, tzaddikim are always compared to trees, whereas resha’im are compared to grass.  One who plants grass or crops is thinking about the coming year, but one who plants a tree is thinking about the future.  Thus, the first act of settling in Eretz Yisrael is planting trees: “When you come to the land and plant trees…”

In Gan Eden, Adam ate from the fruit of the tree, and when he sinned and lost his spiritual level, he was told, “You will eat the grass of the field.” Chazal teach (Pesachim 118): “At the time that Hashem said to Adam, ‘Thorns and thistles will grow for you,’ his eyes flowed with tears. He said: Master of the world! I will eat with the donkey from one trough? When he was told, ‘By the sweat of your brow you shall eat bread,’ he was relieved.” The material world demands that man must toil in order to make it usable for his needs.  When man was on the spiritual level of Gan Eden, he was sustained by the fruit of the tree, and there was no need for him to toil in order to prepare his food. But once he was expelled from Gan Eden, if he wanted to eat bread instead of thorns, he had to work hard. By doing so, he returns to his level of being a human.

The stability and survival ability of Am Yisrael is also compared to a tree. The navi describes Am Yisrael’s abiity to rejuvenate after the churban as like that of a tree: “Like a tree and like an oak, whose trunk remains when they are felled, the holy seed shall be its stump” (Yeshayahu 6:13).

All plants – other than the tree – are parts of the world, and their year is therefore calculated as part of the ordinary year.  In contrast, the tree, whose life cycle is independent, is considered in its own context, and therefore as an independent year.

Chazal teach that for tsaddikim, “Hashem completes their days and years.” My teacher, Rav Mishkovsky zt”l, explained that a tzadik is an independent world, and the path of his life is therefore measured only in relation to himself.  In contrast, the resha’im are like the animals and plants, whose existence is part of that of the world, and their lives are therefore evaluated based on their contribution to the world.  (Rav  Mishkovsky used this idea to explain why a fetus may be killed if the mother’s life is in danger, even though it is considered alive and it is forbidden to kill it; a fetus has no independent existence.) 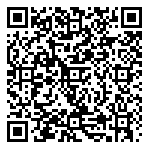