In his first comment on the Torah, Rashi quotes the words of Rabbi Yitzchak: “The Torah should have begun with ‘Hachodesh hazeh lachem,’ as this was the first mitzva given to Yisrael.” Rabbi Yitzchak’s question is rooted in the assumption that the purpose of the Torah is to teach us mitzvot; the answer to this question is that the stories recorded in Sefer Bereishit teach us the very foundations of our beliefs and an understanding of how Hashem runs the world, which must precede the learning of the mitzvot. However, the question itself still demands some explanation, as other mitzvot are recorded in the Torah before the mitzva of Hachodesh hazeh lachem – the mitzvot of mila of peru urevu and the prohibitions of gid hanasheh and ever min hachai, among others. What was so special about the mitzva of Hachodesh hazeh lachem that made it the most likely candidate with which to begin the Torah?

Commenting on the mitzva of Hachodesh hazeh lachem, the Seforno writes (Shemot 12:2): “From now on, the months will be yours, to do with them as you wish. But during the time of the subjugation [in Mitzrayim], your time was not your own, but was rather devoted to the service and will of others. Therefore, it is the first [month], for in it began your existence as individuals who can choose.” The mitzva of sanctifying the new month and establishing a calendar is an expression of a new reality – Bnei Yisrael rule over themselves, and can therefore organize their time according to their values, needs, and beliefs. It is not coincidence that throughout history, the nations of the world have attempted to prevent the Sanhedrin from sanctifying the months and intercalating the years. In fact, the leaders of the French Revolution – who were heretics who wished to uproot the influence of the Church – attempted to establish an alternate, “rational” way to organize time. (After all, the seven day week has no natural explanation; it is rooted entirely in religious belief.) In the previous century, there were other attempts to divide time up in alternate ways.

In recording the story of the creation of the world, the Torah describes that the sun and the moon would be used “for signs and for set times and for years.” The purpose of a particular creation is not mentioned with regard to any other day of creation. Bnei Yisrael are the partners of the sun and moon through the sanctification of the months and the establishment of the festivals, as expressed in the bracha, “mekadesh Yisrael vehazmanim.” Bnei Yisrael thus complete the purpose of the sun and moon. Indeed, the Rambam writes in Sefer HaMitzvot that there will always be some remnant of Bnei Yisrael in Eretz Yisrael so that the “signs” of the nation will not be erased entirely, for otherwise there would be no way to establish the calendar and all of the holidays. Thus, this mitzva forms the very basis of Bnei Yisrael’s existence.

There are two systems of Hashem’s providence in this world. The first utilizes the laws of nature and is expressed by the name Elokim. The second is overt providence, as reflected in the creation of Klal Yisrael, who live in accordance with the Torah, who are governed directly by Hashem, and who achieve spiritual perfection. In order to create this ideal reality, all the details of the whole must be perfect – including the sanctity of place (Eretz Yisrael, which lacks nothing) and the sanctity of time. In order to create such a nation, the prerequisite is that the nation establish its schedule on its own, according to its own priorities. This is the deeper meaning of the Seforno’s brief comment.

Yetziat Mitzrayim constituted the creation of the nation, not simply its removal from subjugation. Bnei Yisrael were imbedded in Mitzrayim; they had no independent identity. When they left Mitzrayim, they were taken “goy mikerev goy,” “a nation from amidst a nation” – as Chazal illustrate, like a shepherd removes the calf from the cow’s innards. Through yetziat Mitzrayim, Hashem showed Pharaoh – and through him all of humanity – the reality of the Creator, His providence, and His endless capabilities (as the Ramban discusses at length at the end of Parshat Bo).

Pharaoh denied the possibility that an entire people, in all its diversity, could be chosen to be close to God, and that the entire plan was doomed to failure. Pharaoh declared, “You shall see that you encounter evil… Let the men go and serve Hashem, for that is what you desire” (Shemot 10:10-11). Rashi explains that Pharaoh meant that only adults offer sacrifices, not children. After the chet ha’egel, when Hashem told Moshe that He planned to destroy the people, Moshe argued, “Let not the Egyptians say, ‘It was with evil intent that He delivered them” (32:12). If Hashem were to punish everyone, He would seemingly substantiate Pharaoh’s claim that avodat Hashem is not the correct path for everyone. When Am Yisrael finally entered Eretz Yisrael at the time of Yehoshua, the final stage of the fulfillment of the brit took place. It was at that juncture that the Egyptians’ claim was entirely refuted: “Today I have removed from you the disgrace of Egypt” (Yehoshua 6:9).

Makkat Bechorot was an expression of the chosen-ness of Yisrael, whom Hashem refers to as His firstborn: “I have said to you, ‘Let my son go, that he may worship me,’ yet you refuse to let him go. Now I will slay your firstborn son” (Shemot 5:23). In order to merit this, Bnei Yisrael performed all of the mitzvot of the korban Pesach. The mitzva of korban Pesach reminds us of Hashem’s choice of Bnei Yisrael, which preceded yetziat Mitzrayim. This choice and the separation between Yisrael and the Egyptians was a great miracle, as the Torah itself attests: “You have but to inquire about bygone ages that came before you… Has any god ventured to go and take for himself one nation from the midst of another…” (Devarim 4:32-34).

Chazal debate whether the future redemption will take place in Tishrei or in Nissan. These two views parallel the two different modes of Hashem’s hashgacha. Sefer Bereishit is the sefer of “Elokim,” the book of creation and nature, of “the power of His actions He recounted to His nation,” of the avot who lived their lives guided by Hashem’s hand in nature: “I appeared [to the avot]… with the name Kel Shakkai, but the name Hashem I did not reveal to them” (Shemot 6:3). Sefer Shemot, in contrast, is the sefer of the Name of Hashem – the revelation of His hashgacha, the main goal of which was the creation of His nation. Similarly, the future geula may achieved in two different ways. One possibility is that it will be attained through teshuva and ma’asim tovim, in which case redemption will be merited through din, the root of nature, as reflected in the name Elokim. Alternatively, geula may take place in a miraculous manner. These two different “tracks” are reflected in the two different beginnings recorded in the Torah: The beginning of Bereishit (Tishrei), the month in which the world was created, and the beginning of Hachodesh hazeh lachem (Nissan), the month in which Klal Yisrael was created.

These two parallel manners of hashgacha are further reflected in the two different types of calendars. The solar year, which is adopted by the nations of the world, reflects the natural order, whereas the lunar year reflects the special hashgacha of Klal Yisrael. Klal Yisrael is completely dependent on what it receives from Hashem, in the same way that the moon reflects the sun’s light, and the moon’s consistent cycle of rebirth reflects the secret of Klal Yisrael’s existence (see Ramban, Bereishit 38:29). 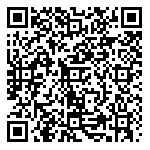