Parshat Vayikra: The Chok of the Korbanot

It is fitting for a person to investigate the laws of the holy Torah and to know their ultimate notions according to his ability. And about something which he cannot find a reason nor a rationale, let it not be light in his eyes, and he should “not break to go up the Hashem, lest He burst forth against him.” And his thought about it should not be like his thought about other common things. Come and see how much the Torah was stringent regarding me’ila. And if with wood and stones and dirt and ashes, once the name of the Master of the world is called upon them with mere words, they become sanctified and anyone who treats them the way one treats common objects, and even if it was accidental, requires absolution – all the more so regarding the commandments that HaKadosh Baruch Hu legislated for us, one should not rebel if he does not know their reason. And he should not make things up that are not so about God, and he should not think about them his thought as with common things. It is stated in the Torah (Vayikra 19:37), “And you shall guard all of my chukim and all of my mishpatim and do them”… The mishpatim are the commandments the reasons for which are revealed and the benefit of doing them in this world is known…and the statues are the commandments the reasons for which are not known… And all of the sacrifices are included in these chukim. (Rambam, Hilchot Me’ila 8:8)


In attempting to understand the Torah, man, who is essentially a physical being, must be very careful to ensure that his human imagination does not interfere with the proper understanding. When a person goes beyond the boundaries of his level, he makes mistakes. At Har Sinai, this point was expressed by the borders enforced around the mountain. Thus, the Rambam explains the pasuk, “And towards the nobles of Bnei Yisrael, He did not send forth His hand” (Shemot 24:11) to imply that they went beyond the boundary that was appropriate for them, and therefore erred in their comprehension. Similarly, failure to understand the mishpatim and chukim of the Torah is rooted in the human perspective. Thus, the Rambam emphasizes that one must be careful 1) not to rebel, 2) not to make up interpretations, and 3) not to analyze and judge using human logic. The Rambam adds that the korbanot are included among the chukim, such that they are not understandable through human logic.

This is somewhat difficult to understand, given that the Rambam himself writes at length in the Moreh Nevuchim that the importance of the korbanot is limited to the fact that they act as a substitute for idolatrous practices, for which reason the Torah limits the korbanot to certain times and conditions. The truth is that it is difficult to accept the notion that the Rambam’s statements in the Moreh Nevuchim reflect his view of the korbanot, given the emphasis that he places on the korbanot and the avodat haMikdash in the Mishneh Torah. Indeed, were it not for his work on the matter, the entire study of the korbanot would have been forgotten; he was the only codifier who included these halachot in his work, since they are no longer practical. One does not sense any distinction in the Rambam’s approach between Hilchot Shabbat and Sechirut and Hilchot Temura. He treats the laws of korbanot with the same degree of respect and importance as the rest of the Torah.

In order to understand this, we must understand the significance of studying the reasons for the mitzvot. Those who object to this study claim that we cannot possibly understand or explain the acts of Hashem. Thus, the very attempt to offer an explanation such that it is as though Hashem acts for some reason or another is an attempt to understand Hashem through human notions. The other perspective claims that we must see the Divine wisdom in this world in accordance with our ability. The ta’amei hamitzvot are not the reason that Hashem gave the mitzva, but rather a revelation of the wisdom and perfection in the mitzva, as it is appropriate that the actions of the Perfect One are complete and perfect.

The perfection of creation is expressed in that fact that every creation is created in a manner perfectly adapted for its function. We find it amazing that the insect can suck the nectar of the flower. This does not mean that Hashem created the flower for the insect, but rather reflects the perfection of the Creator’s wisdom, as He made the flower in such a way that the insect can satisfy its needs through it. The same is true of the mitzvot. Shabbat was not given to us so that we might rest, but the perfection of the wisdom of the Torah leads to the fact that fulfilling the mitzvot leads to pleasant and good lives.

In the Rambam’s view, philosophy represents the human perspective. Thus, it is appropriate for the human philosopher to understand the perfection of the Torah as one that creates a human society that functions with justice and efficiency, thus serving as a basis for true achievements of man’s perfection. This explains the words of the Rambam in Hilchot Shabbat in his explanation of the law of pikuach nefesh: “From here you learn that the laws of the Torah are not intended as cruelty, but rather compassion, kindness, and peace.” He continues to write that one who considers an act performed due to pikuach nefesh as constituting chilul Shabbat is an apikores.

The depth of the matter is that one who views the mitzvot as a difficulty that we must accept, and not as a way of life, does not understand the beauty of the Divine wisdom reflected in the mitzvot. It is certainly true that this is not their ultimate purpose, but they do reflect the wisdom of the Creator, and His perfect actions are all intended to do good. We therefore attempt to understand with our limited intellects the will of the Creator, who created the world and gave us the Torah in a manner in which we are partners in creation through our actions and understanding.

The korbanot, which are included among the chukim, cannot be understood by man’s limited intellect. Man can understand the wisdom of the laws of nezikin because they deal with concepts of profit and loss. But just as an uncultured individual will not understand the beauty of table manners, whereas an aristocrat would suffer were it not for these rituals, in the same way, the more a person lives in holiness, the more he understands spiritual manners. The connection to Hashem through the korban can only be comprehended by the completely pure; the human perspective cannot see the purpose of korbanot. But even the imperfect human must understand the wisdom of the creation – and for this purpose, it suffices to know that the korban has a psychological effect on man. Both perspectives are true – the social purpose and, from the divine perspective, the purpose of creating closeness with Hashem.

Is the fact that the idol worshipers offered sacrifices coincidental, or was it rooted in some spiritual inclination? In other words, is there some inclination in man to aspire to serve Hashem which, when combined with human understanding, is expressed specifically through sacrifices? If this is true, then in the future, when there will no longer be avoda zara in the world, there will still be a need for korbanot. Thus, although korbanot are not necessary, as is prayer, there will still be a place for them in the future.

Why is it that we, in our day and age, are not drawn to korbanot? Indeed, we even find the very idea strange. If we are correct, the root of the korban is found in human imagination, which demands the expression of every idea in a practical illustration. The freeing of this imaginative force is the root of avoda zara, and that is channeled through the use of korbanot for avodat hakodesh. When the desire for avoda zara was nullified, the power of illustration was nullified, and man therefore no longer has the same emotional connection to the experience of korbanot. By way of analogy, if we illustrate the connection between a man and a woman to someone who has no desire for such a connection, such as a child, it will seem repulsive to him. In the same way, the experience of bringing a korban in the absence of the power of the illustrations lacks all significance.

We do not find regarding any mitzva other than korbanot that study is considered like fulfillment of the mitzva. We learn that Rabba bar Avuha learned only four sidrei mishna, including Kodshim (Bava Metzia 114b), and Rashi explains that the study of Kodshim is considered like offering a korban (which is apparently why there is a segment of the Talmud Bavli dedicated to the topic). Since the korban is an illustration, there is value to studying it.

As we study Sefer Vayikra, we should attempt to connect to the inner meaning of the content, and through this, the topic of the avoda will become close to us and practical for us. 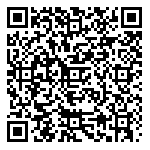