Why Did the People “Test” Hashem?

Why Did the People “Test” Hashem?

In Parshat Beshalach, the Torah records a number of complaints on the part of Bnei Yisrael, and it is interesting to note the difference between them in terms of Hashem’s reaction and response.             Bnei Yisrael are not punished for their demand of food; as the Ramban explains, when they complain about a true need, Hashem is not at all angered. In contrast, when they ask for water, they are punished with the attack of Amalek. The commentators explain that Bnei Yisrael’s request for water was a nisayon, a way of testing Hashem: “Because of their test of Hashem, saying, ‘Is Hashem among us or not?’” (Shemot 17:7). Indeed, forty years later, when they once again requested water at Mei Meriva, it was also a test and was also followed by punishment.

Chazal note a difference between the mann and the water, in that the mann was given to the people directly by HaKadosh Baruch Hu, whereas the water was given to them through a messenger. This, they note, was midda kenegged mida. When Avraham welcomed his guests in Parashat Vayera, he personally gave them the bread – “I will fetch a morsel of bread” (Bereishit 18:5) – whereas he provided them with water through a messenger – “Let some water be brought” (ibid. 18:4).

It is known that there are different levels of miracles. This does not reflect the fact that God’s ability varies, of course, but rather the degree of the revelation of the Shechina that is apparent in the miracle, and this varies based on the person’s level. When a person merits a high level of spiritual achievement, the miracle is accordingly on a higher level.

Indeed, we find different levels within the miracle of the provision of food. Moshe told Bnei Yisrael, “In the evening, you shall know that Hashem took you out of the land of Egypt, and in the morning you will see the glory of Hashem” (Shemot 16:6-7). Rashi explains that the provision of the meat, which was not a true necessity, was given to the people with a “dark face;” Hashem was not pleased with the request. Thus, the miracle took place clothed in nature, and it proves to the people that Hashem had taken them out of Egypt. The mann, in contrast, was given with an “illuminated face,” demonstrating Hashem’s love for the people. This is reflected in the fact that it was given in the morning, as well as in the purely miraculous nature of the mann and the divine providence that was evident in it.

The water was provided to the people in an average level of revelation of the Shechina, which Chazal describe as “through a messenger,” entailing a degree of divine absence and leaving room for the attribute of justice. Thus, it led to the failure of Mei Meriva, which prevented Moshe from entering Eretz Yisrael.

But what was the nature of the test that Bnei Yisrael tested Hashem? Were they really still in doubt about His abilities, after having witnessed all of His miracles? And why was the response specifically the attack of Amalek?

The entire purpose of yetziat Mitzrayim was the entry in to Eretz Yisrael, where the people would lead natural lives under Hashem’s providence. The state of Bnei Yisrael in the desert was like that of a young couple that has just gotten married and their parents still provide for them. Her mother sends fish; his parents invite them for Shabbat. But everyone knows that they cannot rely on this type of support forever. That is not a natural way of life, and it is understood that it won’t always be that way.

The Torah was given specifically to those who at the mann because they were entirely dependent on an unnatural miracle. Even though that miracle happened every day, it was still a miracle. “And I afflicted you and I caused you to hunger and I fed you the mann” (Devarim 8:3). What was the affliction? Chazal explain that every night for forty years, Bnei Yisrael went to sleep worried that they wouldn’t have food the next morning. They had to hope for a miracle. Why didn’t they grow accustomed to the fact that the mann would be there in the morning? Because that is the nature of a miracle. Every day is a gift; it is not truly possible to feel certain that it will take place, just as one cannot rely on a gift.

The Torah was given to those who ate the mann and those like them – those who can continue to trust the Hashem will provide for them, even though they lack a solid source of support. If a person who is not on this level, it does not mean that he lacks faith, but rather that he is unwilling to live with the recognition that Hashem will certainly provide, due to the fact that he feels that he is not worthy of such treatment. This explains all of Bnei Yisrael’s “testing” of Hashem in the desert. They did not think that they were worthy of miraculous treatment.

This further explains Bnei Yisrael’s later complaint about the mann. According to Chazal, they were concerned that the mann had no waste product, and there was therefore no excretion. After decades of eating the mann, didn’t they realize that it was safe? Rather, they certainly understood that as long as they lived under miraculous guidance in the desert, they would be safe. There question was whether they would continue to be protected even when they left that level. Could they rely on the fact that Hashem would provide for them under all circumstances?

This is the meaning of Bnei Yisrael’s question, “Is Hashem among us or not?” Will Hashem always protect us?

Why did Bnei Yisrael express this concern specifically in the context of the provision of water? The answer is reflected in the interpretation of Chazal cited above. Avraham provided water with slightly less of a manifestation of generosity, and the reward was thus also provided with relatively less presence of Hashem. For this reason, Bnei Yisrael’s bitachon was incomplete, and they wondered to what extent they could rely on Hashem’s love for them. The punishment of Amalek was midda kenegged midda, as Amalek represents the root of lack of yirat Hashem and a world outlook that emphasizes lack of providence. The nature of the battle against Amalek guides us as to how we should understand Hashem’s hashgacha, as the battle was fought through a combination of human effort and prayer. 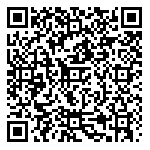