“I will show him wondrous deeds, as in the days when You ventured out from the land of Egypt” (Michah 7:15). Galut Mitzrayim and Yetziat Mitzrayim were our first national exile and redemption and they therefore serve as the prototype for contending with the different exiles and misfortunes that we suffered throughout the generations. According to Rav Saadia Gaon (Emunot V’Deot, Chapter 8) this is one of the reasons that the Torah mentions the redemption from Egypt dozens of times.

We will highlight some of the messages that emerge from these parshiyot:

We now know (at least according to most opinions) that the 400 years of exile began with the birth of Yitzchak. And yet, the midrash notes that the tribe of Efraim calculated 400 years from Brit Ben Ha’betarim, attempted to escape from Egypt as soon as their 400-year count was over and were killed. Likewise, we find that the nation knew ahead of time that Galut Bavel would be 70 years long, but, as the Gemara discusses regarding Balshatzar, they did not know how to calculate the 70-year period (until they returned from Bavel).

Rav Saadia Gaon notes that if it was impossible to predict when the exile would end on previous occasions, even though we knew the exact length of the exile, it is certainly impossible to project when this current exile will end.


At the end of Parashat Shemot, Moshe and Aharon are sent by God to demand the Jews’ release from Pharoh – “Send My nation”! Pharaoh not only refuses their request, but also makes life much more difficult for the Jewish slaves.

Moshe feels the Jews’ pain deeply. He approaches God and says: “O Lord, why did You bring harm upon this people”? God responds: “You shall soon see what I will do to Pharaoh”, meaning you are a human being and it is beyond your human capabilities to understand My thoughts and My plan. It is impossible for a human being to know exactly how redemption will take place.


Along the same lines, there are those who offer a homiletical explanation of the pasuk“A new king arose over Egypt who did not know Yoseph”: This new ruler did not know the story of Yoseph’s life. Everything that Yoseph’s brothers did to prevent the realization of Yoseph’s dreams and his rise to prominence, triggered the opposite outcome. “But the more they were oppressed, the more they increased and spread out” – the Egyptian oppression triggered the paradoxical outcome of increased Jewish population growth.


This historical precedent should give us confidence that the future redemption will happen as well; a glorious fulfillment of the promises and prophecies of old.

The Egyptians’ positive attitude towards the Jews at Yetziat Mitzrayim stands in direct contrast to the ambience at the beginning of the exile. The midrash notes that there were some Jews who did not perform the mitzvah of brit milah in order to draw closer and establish camaraderie with the Egyptians. This behavior had the opposite effect – “He changed their hearts to hate His people” (Tehillim 105:25). The degree to which non-Jews value and appreciate the Jews is inversely proportional to the degree to which the Jews mimic the non-Jews and their value systems. The stronger that we cling to God and to His mitzvot, the more that they respect us. “When the Lord is pleased with a man’s conduct, He may turn even his enemies into allies” (Mishlei 16:7).


In the Haggadah, we cite the derasha (that appears in the Berakhot 1:5):

Rav Ovadia Yosef asks why there is an extra lamed in the Chachamim’s statement (in the Hebrew word “l’havi”)? Their statement would have been perfectly understandable without it. He explains that the intent of the Mishna is that by internalizing the messages learned from Yetziat Mitzrayim, we strengthen our bitachon that our redemption will also be imminent. The power of this invigorated bitachon actually hastens the arrival of Mashiach.


This shiur was originally published in the publication Invei Ha’gefen, Parashat Va’era 2005. 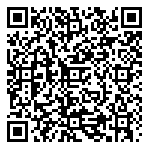