Why was the Menorah the Target?

Why was the Menorah the Target?

The days of Chanuka were established to praise and thank Hashem for the victory of light over darkness.


The Levush comments (670:2) that partaking in festive meals on Chanuka is permitted though not obligatory. Why were such meals not, in fact, mandated? The nature of the decree at the time of the Greeks was different than the decree at the time of Achashverosh. During the latter, the Jewish people were saved from physical destruction and Chazal, therefore, established laws reflecting that. On Chanuka, however, they were saved from spiritual decimation. The whole purpose of the Greeks was to destroy the spirit; they didn’t harm anyone who agreed to join their culture. Chazal established these days of praise and thanks to emphasize the spiritual component. Therefore, it takes on the spiritual character of praise to Hashem, not the physical character of festive meals.


We see from historical documents that the Greeks achieved some measure of “success.” Indeed, many Jewish people, even those who frequented the beit midrash, followed in the ways of the Greeks and adopted their culture and wisdom. Why was it that so many abandoned the world of Torah and were drawn after the Greek culture? What tactic was employed? Understanding this has implications for our lives – how not to be drawn after the winds that blow outside. We must recognize the enemy in order to know how to overcome it.


In the tefila of Al HaNisim, there is a descriptions given to the Greeks – “zedim,” insolent ones. They were delivered into the hands of those who immerse themselves in Torah. The Beit Yosef (siman 281) asks – throughout Al HaNisim, the descriptions are presented as opposites. Mighty vs. weak, defiled vs. pure, etc. Why are those who immerse themselves in Torah the opposite of insolent people? He explains that the authors of the tefila based themselves on the passuk, “though the ‘zedim’ have cruelly mocked me, I have not swerved from your Torah” (Tehillim 119:51). The implication is that one who immerses himself in Torah is the opposite of a “zed,” an insolent person. However, the essence of this distinction is still not clear.


We can understand the matter through a passuk in Mishlei (21:24), “the insolent, arrogant man, scoffer is his name. He acts in a frenzy of insolence.” This is to say, an insolent individual is one who arrogantly mocks. Within the Greek culture we find this tactic of arrogance and mockery. For example, Mizmor 80 in Tehillim describes the four exiles. Passuk 7 states, “Our enemies mock us at will.” Rashi explains that this is a reference to Greece.


What did the Greeks mock and at what did they scoff? The Ramchal explains that their prime target was the menorah. They therefore made sure to defile the oils. The menorah represents the wisdom of Torah, as it says in Mishlei (6:23), “for the mitzvah is a lamp, and Torah is a light.”      Similarly, the gemara in Bava Batra (25b) states, “if one wishes to acquire wisdom, he should face southward.” The menorah, which symbolizes the wisdom of Torah is situated in the south of the Beit Hamikdash. The gemara in Berachot (57b) also relates that one who dreams of olive oil should anticipate the light of Torah, as it says (Shemot 27:20), “they should take to you pure olive oil, pressed, for illumination.”


The Greeks sought to vanquish the menorah, the light of Torah. The Pri Megadim explains that they functioned in two ways, as described in Al HaNisim:

This mockery of chukim may explain the Greeks’ forbidding of brit mila. Mila inculcates in an individual the notion of following the path of Torah with total devotion, as it says (with reference to Avraham Avinu’s mila), “walk before me and be perfect.” It is therefore fitting that a brit mila is called, “chok b’she’ero,” a decree in his flesh.


When the Greeks entered the Beit Hamikdash, they did not pour out the oil, rather they defiled it. They came to protest the idea of tum’ah and tahara because these are concepts that cannot easily be explained by concrete logic and common sense. They wanted to convey to the Jewish people that there is no difference between these two principles. That is why the Jewish people were so insistent on using pure oil. After all, the law was that in this case it would have been permitted to use the impure oil. However, the chachamim understood that the entity of tahara was exactly the point of contention between the Jews and the Greeks. The Jews, therefore, insisted on preserving the chok and only using pure oil. They did not forfeit to the Greek’s mockery of this special status.


The Rambam (Meila 8:8) teaches that one must be as careful with keeping the chukim as he is with keeping those laws that are more intuitive. He should not disparage a law because he does not understand the logic behind it. Even though the nations of the world scoff at these particular laws, we must cling to them.


We see from here that indeed arrogant mockers serve as the antithesis of those who immerse themselves in Torah. It is our duty to strengthen our commitment to the light of Torah despite what the surrounding culture might say. We should be zoche, b’ezrat Hashem, to the Beit Hamikdash, the aron, and the menorah which represents the luminescence of Torah. 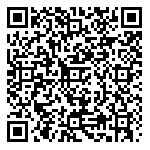