Rashi in the beginning of Parshat Pekudei seems to contradict himself. On the one hand, he explains that the Mishkan is called Mishkan HaEidut, because it served as testimony that God forgave them for the golden calf. The fact that God rested His Presence amongst the Jews was a sign that he forgave them.

But the previous Rashi would seem to indicate otherwise. He writes that the word Mishkan is repeated twice, to hint at the fact that the two Batei Mikdash will be destroyed as a collateral (mashkon) for the sins of Bnei Yisrael. And the gemara in Sanhedrin says that this is a reference to the golden calf. This would seem to imply that the sin of the golden calf was not forgiven!

Maybe the explanation is as follows. There could be two possible explanations for the golden calf. It could be that the Jews were guilty of a lack of faith in God. But it's also possible that they were hungry to believe in something, so they were quick to believe in whatever was attractive at the time. Chazal say that just like the Jews were quick to respond the appeal for the golden calf, they were quick to respond for the Mishkan as well. This is because they were impulsive in their beliefs, not because they had a true crisis of faith in God.

This benefit of the doubt existed until the sin of the spies. The passuk says that the Jews revealed that they lacked belief in God![1] When this happened, the beneficial judgement of the golden calf was cancelled. Even though at the time, they achieved forgiveness, as the mishkan testified, later they reveled that they were not worthy. When this happened, the sin of the golden calf returned as a source of guilt for the Jewish people. 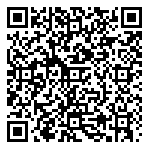