At the beginning of this week’s Parsha, Parshat Ki Tavo, we are introduced to the mitzvah of Bikkurim, the commandment to bring the first fruits to the Beit Hamikdash.

Upon the arrival to the Beit Hamikdash, the farmer is given a script to say to the Kohen which includes many details including the section of the Torah that we reference at length at the  Seder every Pesach, describing the servitude in Egypt and the ultimate exit into the desert. Numerous questions emerge when reviewing this script.

This teaches us that the Jewish people could have and should have been killed during the plague that killed the first borns of Egypt, however, Hashem saved us and from that moment forward Hashem acquired a special right to all of the “Firsts”.  Every “first” is connected with Hashem in a special way, including: first born sons, first born animals, challah, and the first of the shearings.


Additionally, the first first fruits are also connected to Hashem and we therefore, have the responsibility to bring them to Hashem in the Beit Hamikdash.  Accordingly, the script that the farmer would mention at the Beit Hamikdash would begin with the storyline from the troubling times in Egypt in order to acknowledge and declare our understanding of Hashem’s connection and acquisition of all “firsts”.


Additionally, we can suggest another answer to our questions.

Throughout the chumash the Jewish people are promised that they will be taken to Eretz Yisrael.  This promise will be the fulfillment and the ultimate expression of success after escaping the clutches of the Egyptian people and the difficulties that were experienced throughout  forty years in the desert. The Torah gives a tremendous amount of time describing the scene with the first fruits, because the farmer represents the fulfillment of the promise.


When the farmer arrives at the Beit Hamikdash his obligation is to announce to everyone the history from the time of Egypt until the present in order to clarify to all the Hashem keeps his promises.  This announcement is tantamount to the recognition of the genuine relationship between Hashem and Am Yisrael which is why this text is not only spoken here but also at the night of the Seder, where we as a nation call upon the entire Jewish people to acknowledge the unique relationship that they have with Hashem.


May we constantly be cognizant of our relationship with Hashem and Iy”h we will be able to bring once again the first fruits to the Beit Hamikdash. 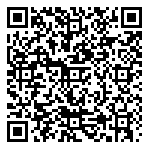