The midrash (Tehillim #37) relates a fascinating dialogue between Avraham and Shem (Noach's son):

Avraham asked Malki-Zedek (=Shem): How did you leave the ark?

He said to him: Through the [merit of] tzedaka that we did.

Avraham asked him: Was there tzedaka for you to do? Were there poor people there? Only Noach and his children were there, so with whom did you do tzedaka?

Shem responded: To the wild animals, the beasts and the birds. We did not sleep the entire night, but rather we were feeding this one and that one. One time we were late [feeding the lion], and my father left injured.

Avraham's question, "How did you LEAVE the ark?" requires explanation? Did they need a merit to leave the ark and go out to a ruined and desolate world? Once they were saved from the wrath of the flood, obviously they would leave the confines of the ark!

Chazal were alluding here to a deep and fundamental concept. "Leaving the ark" signifies the first step in building a renewed world after the flood. This was the meaning of Avraham's question to Shem, with what merit did you leave TO ESTABLISH A NEW WORLD?

Moreover, whereas even Adam did not succeed in building an enduring world, Noach and his children merited to establish a world which was granted a covenant of permanence, "I will confirm my covenant with you ... never again shall there be a flood to destroy the earth." (Bereishit 9:11) Certainly, to build a world requires great merit, all-the-more-so a world of enduring nature! What gave this world a covenant of enduring existence, unlike the previous world that was destroyed?

Malki-Zedek's answer, "We performed chesed with the animals and birds," gave Avraham a new insight into the degree of dedication to chesed which is necessary for the creation to endure. For a full year Noach stood on-call to the various needs and demands of his many "guests." This was a year of total giving and self-sacrifice, which required absolute diligence and perfection, "ONE TIME we were late ..."

Noach and his children learned from this that G-d does not desire their existence alone, but only when it serves as a means to uphold and to elevate the creation in its entirety.

In this way, the ark served as a "Beit Midrash" for the study of chesed. In it they learned to share their confined space with others. In it they were trained consistently to dedicate themselves, with all their might, to others. In it they learned and were brought to understand that their lives are dependent on complete dedication to the mission of an enduring world, chesed. This is what Chazal taught: "Planted in the house of Hashem" (Tehillim 92:14) ... This refers to Noach, who G-d planted in the ark. (Bereishit Rabbah 26:2) The ark was not merely a means of salvation alone, but rather a "House of G-d," a Beit Midrash of chesed. This lesson of chesed is what served to save him.

The chesed that Noach performed with the animals in the ark is what turned the attribute of justice that was aimed towards him into an attribute of mercy and grace. It was this lesson of chesed that inspired Avraham to embrace this trait, as the Midrash Tehillim concludes:

Avraham said [to himself]: These [people], had they not done chesed with the beasts, wild animals and birds would not have left from there, and because he delayed himself a little he received his "reward" and was injured. I, if I do chesed with people who are in the image and likeness of angels, certainly will be saved from harm. Immediately, "He planted an eshel [in Beer-sheva]" (Bereishit 21:33) -- eating, sleeping and lodging.

In the ark the spiritual character of Noach and his children was shaped and stamped with the seal of chesed, and in this way they became qualified to be the seed of a renewed world. Even Avraham's renown trait of chesed found its roots and sprung forth from this "Beit Midrash" of chesed! 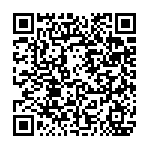