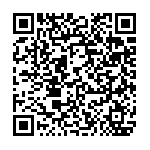 The Completion of the Mishkan and of Creation
Rav Mordechai Greenberg
Nasi Hayeshiva
E
Additional shiurim...