At the center of our Haftorah, which describes the grand dedication of the First Temple, there are three verses that speak of a cloud (Melachim I 8:10-12): [1]

The fact that Shlomo chooses to open his prayer, which is very long,[2] specifically with the idea of the cloud, emphasizes the importance of the message of the cloud in regards to the Temple.

We note that the cloud accompanies and conceals every special Revelation of the Shechina (Divine Presence). Even before Matan Torah we find: "Hashem said to Moshe, Behold! I come to you in the thickness of the cloud." (Shemot 19:9) At Matan Torah it says, "On the third day when it was morning, there was thunder and lightening and a heavy cloud on the mountain." (19:16) At the conclusion of the assemblage, when Moshe goes up the mountain, it says: "Moshe ascended the mountain, and the cloud covered the mountain. The glory of Hashem rested upon Mount Sinai, and the cloud covered it for a six-day period ... Moshe arrived in the midst of the cloud and ascended the mountain." (2:15-18)

The Revelation of Shechina in the Mishkan is also covered with a cloud. In the last five verses of Sefer Shemot, after, "Moshe completed the work," it says (Shemot 40:34-38):

In the assembly of Kabalat HaTorah, the fire is described along with the cloud: "All of Mount Sinai was smoking because Hashem had descended upon it in the fire; its smoke ascended like the smoke of the furnace." (Shemot 19:18) Elsewhere, the fire is associated with the cloud: "These words Hashem spoke to your entire congregation on the mountain from the midst of the fire, the cloud, and the thick cloud." (Devarim 5:19) In our Haftorah in Melachim, fire is not mentioned. However, in the narrative of the building of the Temple in Divrei Hayamim (II 7:1-3), fire is mentioned:[3]

The same will be in the future: "Hashem will create over every structure of Mount Zion and over those who assemble in it a cloud by day, and smoke and a glow of flaming fire by night, for this will be a canopy over all the honor." (Yeshaya 4:5)

What is the nature and purpose of the fire and the cloud that are associated with the appearance of Hashem's glory?

The fire symbolizes the Revelation of G-d's glory itself, "For Hashem, your G-d, is a consuming fire" (Devarim 4:24; 9:3) In many verses G-d speaks from within the fire,[5] and the nation fears the fire, which is the Revelation of the Divine Presence – "for you were afraid of the fire." (Devarim 5:5) Fire provides light, warms, and grants life, and therefore the Divine Revelation is alluded to by it. However, the Divine Revelation blinds the mortal eye. The great and strong light does not allow man the opportunity to contemplate and to receive the blessing of the Revelation in its full strength. Therefore, there is a need for a covering, a shield – the thickness of the cloud. Rav S.R. Hirsch explains: "I come to you in the thickness of the cloud – in a manner appropriate to the receptive abilities of the nation." (Shemot 19:9)

Perhaps we can add an important point about the cloud. We discussed earlier[6] Shlomo's wonder: "Would G-d truly dwell on earth? Behold, the heavens and the highest heavens cannot contain you, and surely not this Temple that I have built!" (Melachim I 8:27) Indeed, the building of a physical Temple at the order of a Creator, who is completely spiritual, raises a difficult theological question. The standard answer is that the Mishkan and the Temple are only means for the Divine Presence to dwell in the nation and in man: "It does not say, 'I will dwell in it,' but rather, "I will dwell among them.'" Without addressing the question, what is the need for a grand means, if it is only a means,[7] there is a need to dull the awesome impression that the grand and spectacular structure makes, so that the entire world and its inhabitants will sense His glory. Thus, all the nations of the world will sense that G-d's glory fills the world, and the Temple is not His place, nor is the world His place, but rather He is the place of the world.

"G-d said to dwell in the thick cloud." The cloud comes to hide the beauty of the Temple; to prevent the erroneous thought that only the Mikdash itself is the House of G-d, since every person and the entire world is the House of G-d.

[2] The prayer contains fifty verses, and it is the longest prayer found in Tanach. The shortest prayer is five words: "Please, G-d, heal her now." (Bamidbar 12:13)

[3] See Malbim on Divrei Hayamim. "The words of Torah are poor in one place, and rich in another," and "What this [source] closes – this opens."

[4] The function of this fire is not to consume the offerings, as we find elsewhere: At the time of the dedication of the Mishkan, "A fire went forth from before Hashem and consumed upon the Altar" (Vayikra 9:24); in the story of the angel and Manoach and his wife, "It happened that as the flame rose up from atop the altar to the heavens" (Shoftim 13:20); with David, "[Hashem] responded to him with fire from heaven upon the Altar of the burnt-offering" (Divrei Hayamim I 21:26); and with Eliyahu: "A fire of Hashem descended and consumed the burnt-offering" (Melachim I 18:38).

[7] This issue is disputed in the Midrash and the Rishonim; see N. Leibovitz, Iyunim Chadashim B'sefer Shemot, p. 337. 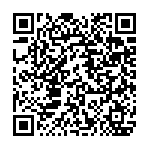