The Mitzvah of Shemitta

The Mitzvah of Shemitta

Although this explanation resolves the words, "on Mt. Sinai," which seem superfluous (since throughout the Torah it simply says, "Hashem said to Moshe saying"), it still does not explain why specifically the mitzvah of shemitta is juxtaposed with them? We could have similarly said about any other mitzvah that would have opened with this phrase, "just as it is from Sinai, so, too, all of [the mitzvot] from Sinai."

We would like to explain, based on the teaching of the Rishonim that the mitzvah of shemitta is very special.

The Ramban, in Parshat Bechukotai, on the verse, "I will place My Sanctuary among you" (26:1), cites one of the important principles of G-d's Providence over his nation: "The blessings are among the hidden miracles, which the Torah is full of." Based on the laws of nature, there is no connection between doing a particular action (positive commandment) or refraining from another (prohibition) and the weather (such as rain or draught), health, or successful agricultural crops in quality or quantity.

Yet, the Torah informs us that all material good and success are direct results of, "If you will follow My decrees and observe My commandments." (26:3) Sforno explains that this entails the fulfillment of the mitzvot in practice ("If you will follow My decrees"), and also in-depth studying of the mitzvot in order to do them in the best possible manner and reach their ultimate purpose ("and observe My commandments"). Even though it already says in Parshat Mishpatim: "He shall bless your bread and your water, and I shall remove illness from your midst" (Shemot 23:25), the intention there is towards the individual However, in our parsha the intention is towards the entire nation sitting in its Land and observing Hashem's Torah. The entire Land and the State is blessed and successful in all its endeavors, and thereby the "hidden miracles" are publicized throughout the entire world." This is something that leads to great Kiddush Hashem, since the success or failure of an individual person is something that occurs in every nation and every place, but the success and greatness of an entire nation - this is something that occurs only in Am Yisrael.

Through the fulfillment of the mitzvah of shemitta, the entire people as one come and declare their belief in the Creator, that he created the world ex nihilo (Sefer Hachinuch #84), and that the source of bounty is from Him, that he gave it to us in His goodness. We are not embarrassed of our belief, but rather proud of it. We will stand fully upright against the nations of the world and say, "This was from Hashem." Then, we will merit the fulfillment of the promise, "Then all the peoples of the earth will see that the Name of Hashem is proclaimed over you, and they will revere you." (Devarim 28:10)

May we merit observing the mitzvah of shemitta properly, and thereby strengthen ourselves in our torah and belief, and sanctify G-d's Name in public! 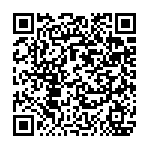 From Destruction to a Perspective of Redemption
Rav Sharon Yust, Mashgiach
E

There is Work to Do
Rav Sharon Yust, Mashgiach
E