A New Leadership for Eretz Yisrael

A New Leadership for Eretz Yisrael

Towards the end of the period in the desert, when Am Yisrael is starting to prepare to enter Eretz Yisrael, Hashem commands Moshe: "Go up to this mountain of Abarim and see the land that I have given to Bnei Yisrael. You shall see it and you shall be gathered unto your people." (Bamidbar 27:12) Moshe, out of concern for Am Yisrael, responds with the request: "May Hashem, G-d of the spirits of all flesh, appoint a man over the assembly who shall go out before them and come in before them, who shall take them out and bring them in; and let the assembly of Hashem not be like sheep that have no shepherd." (Bamidbar 27:16-17) Hashem answers: "Take to yourself Yehoshua bin Nun, a man in whom there is spirit, and lean your hand upon him." (Bamidbar 27:18)

Chazal, in the Sifrei, explain Moshe's intention when he says: "who shall go out before them":

Not like the kings of the nations who sit in their houses and send their soldiers out to war. Instead, like I did, that I fought against Sichon and Og, and like Yehoshua acted, as it says: "Yehoshua went toward him and said to him 'Are you with us or with our enemies?'" Similarly, about David it says: "For he came and went before them."

It seems that even though Chazal credit Moshe with saying "like I did," this definition of the leader implies somewhat of a criticism towards Moshe. The root of this criticism lies in Yehoshua's first appearance in the Torah, in the war against Amalek, when Moshe says to Yehoshua: "Choose people for us and [you] go do battle with Amalek; tomorrow I will stand on top of the hill with the staff of G-d in my hand." (Shemot 17:9) However, in reality weakness was apparent in Moshe, as it says: "Moshe's hands grew heavy." (Shemot 17:12) Rashi cites the reason based on the Midrash: "Because Moshe was lazy about performing the mitzvah, and appointed another in his place – his hands grew heavy." The implication of this criticism is that Moshe should have used his hands to fight below on the battlefield, and not satisfy himself only with the role of praying. Therefore, Yehoshua alone is credited with the victory: "Yehoshua weakened Amalek and its people with the sword's blade" (Shemot 17:13), while Moshe's hands grew heavy.

Chazal, with their deep insight, understood that the first role of an Israeli king is to wage war against Amalek. Am Yisrael was commanded to perform three mitzvot upon entering the Land: to appoint a king, destroy the seed of Amalek (we see this with Shaul), and, after the first two are completed – the construction of the Temple. Therefore, the person who fights against Amalek is destined also to rule over Am Yisrael. This is how Rashi  (based on the Mechilta) explains Hashem's commandment after the war: "Write this is as a remembrance in the book and recite it in the ears of Yehoshua" (Shemot 17:14) – "Here it was hinted to Moshe that Yehoshua will bring Am Yisrael into the land."

The basis for transferring the leadership from Moshe to Yehoshua was already revealed back then, in the war against Amalek. Yehoshua is the person who goes out before Israel and leads them back in, and this makes him worthy to lead in a period that requires military struggle against the inhabitants of the land. The person who brings them into the land has to be "a lad, would not depart from within the tent" (Shemot 33:11), and also a brave warrior and a military man, "who shall go out before them and come in before them." These traits are expressed in Moshe's words, which emphasize the important qualities of a leader for Am Yisrael.

Another insight can be found in Moshe's words once we understand the full depth of his intention when saying: "who shall go out before them and come in before them." Moshe was faced with three people who were worthy of leadership, both spiritual and military: Yehoshua Bin Nun, Calev ben Yefuneh (whose military might we encounter in Sefer Yehoshua), and Pinchas ben Elazar Hakohen. (On the one hand people come to learn Torah from him, and, on the other, he has the courage to pick up a lance and kill a tribal leader of Am Yisrael). We also find him leading the war against Midian as it says in Parshat Matot: "Moshe sent them – a thousand from each tribe for the legion – them and Pinchas ben Elazar Hakohen to the legion, and the sacred vessels and the trumpets for sounding in his hand." (Bamidbar 31:6)

Moshe's request seemingly hints towards Yehoshua, and this is the true reason behind his request, because it is obvious that Hashem would have appointed a new leader after Moshe anyway. However, Calev and Pinchas, with all of their spiritual and military might, do not possess the communal quality found in Yehoshua. Regarding Calev, the Torah writes when he was with the spies, "He arrived at Hebron." Chazal write that he departed from the spies and went to pray at the graves of the Patriarchs. In Sefer Yehoshua we find that he views Hebron as a private inheritance. Yehoshua apparently did not depart from the spies despite the sin, and therefore Moshe felt a special need to pray for him: "May Hashem save you from the spies' plot." (Rashi Bamidbar 13:16) – a blessing that Calev, who departs, does not need. At a later point in Calev's life, Calev approaches Yehoshua and says: "I am still today as strong as I was on the day that Moshe sent me. As my strength was then, so my strength is now for war – to go out and to come in. So now, give me this mountain." (Yehoshua 14:11-12) Here, again, there is a use of the military ability for the purpose of conquering a personal part of the land.

Pinchas, despite his courage and heroism, also acted as an individual. Although his action was important and necessary, it did not reveal in him communal military leadership, only private courage. Even in the war against Midian, in which he leads volunteers who zealously avenge Hashem's vengeance, it is necessary for Hashem to command that the spoils be divided up among the entire nation, something that was unheard of in previous wars, which were wars of the entire nation. Now it can be understood why Moshe requests a person who can respond to the mood of each and every person: "Who shall go out before them and come in before them." This perfect personality was revealed in Yehoshua, who possessed the spirit.

Also in our time – during the spiritual struggle over the image of the nation on one side, while waging a war against our enemies on the other – we require a leader that contains both these qualities together. He will be able to lead the nation on the path that ascends towards the Mountain of G-d, building on the different strengths of the people, through mutual cooperation and acknowledgement of the great task that stands before him! 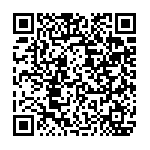