On the Shabbatot between 17 Tammuz and Tisha B'Av we read three Haftarot of punishment: "The words of Yirmiyahu," afterwards "Hear the word of Hashem," and then "The vision of Yeshayahu." There is a logical order to the Haftarot. We begin with speech, then hearing, and end with vision. What is the significance of this?

When the prophets come to rebuke Am Yisrael about the forthcoming destruction and speak to the people, speech can enter one ear and go out the other. The impact of speech is weak. There is a higher level, and this is hearing: "Hear the word of Hashem." The words are beginning to be understood, they penetrate, but still don't believe that it will happen. However, when they see the destruction, the "vision of Yeshayahu," this is already the greatest rebuke.

We say in Shemone Esrei, "Et tzemach David avdecha meheira tatzmi'ach." The Mashiach is referred to as a plant. Why? Because the process of redemption is like the development of a plant. The seed is planted in the ground until it rots almost completely, but as a result of this the plant develops and flourishes. This is the process of the redemption. In the beginning there is destruction; everything looks like desolation, but there is a process of growth and flowering.

This is the only time that it says about a prophecy, "You have seen well." What is special about this prophecy? The Malbim explains: "A stick" has one and only one purpose: to hit, unlike a staff that can also signify dignity. Yet Yirmiya sees a stick that is flowering. Flowering signifies the redemption. Thus, there is a contradiction in the words of the prophecy, "a stick of an almond tree." The stick - symbolizing the suffering, and the almond tree, which symbolizes the redemption; how do they go together? G-d says to him, "You have seen well, for I hasten to fulfill My word." I hasten to punish the people, I order to bring the redemption as soon as possible.

The Malbim adds that from the time of flowering until the fruit appears are twenty one days, which allude to the days "bein hametzarim," which are also twenty-one days. Corresponding to them are twenty one days of joy, which are from Rosh Hashana until Shemini Atzeret, which correspond one to another.

It says in Yalkut Shimoni (Yirmiya): "A Lion has risen, at the time of the lion, and destroyed G-d's lion (Ariel), in order that a lion will come in the constellation of Leo and build G-d's lion (Ariel)." The constellation Leo - this refers to the month of Av. Nevuchadnezzar destroyed the Temple, which is called Ariel, under the constellation Leo (month of Av), in order that the redeemer should come in the month of Av and rebuild the Temple. The destruction is the cause of redemption, as Chazal say: Mashiach was born on Tisha B'Av. This is what Zechariah said, "The Fast of fourth month (Tammuz) and the fast of fifth month (Av) will be for the house of Yehuda for rejoicing and happiness." (8:19) We would find consolation even if the fast days would be annulled and holydays would be on other dates. Why will the days of punishment themselves be turned into rejoicing? This is, as explained, because G-d heals with what he strikes. For G-d, the days of punishment are the causes for the redemption. These specific days of fasting and destruction will turn to days of rejoicing in the future.

This is what the prophet Zechariah says: "It will be on that day, the light will not be very bright or very dim" (14:6) Things that are hidden in this world will be revealed in the world to come. We will discover in the future that everything that we though was bad, destruction, is essentially a process of redemption and growth. 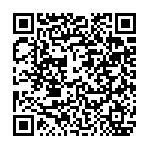