Assisting in a Transgression

(Written by Rav Ari Katz based on a shiur klali)

The Gemara in Bava Metzia 10b discusses the issue of "Ein shaliach lidvar aveira - There is no agency for transgression." I.e., one who is sent to do an aveira for someone else is held personally liable, not the sender. The Gemara lists two possible reasons not to say, "Ein shaliach lidvar aveira" -- in other words, the person who transgresses is not liable but rather the one who sends him is (as is normally the case in laws of shlichut): 1) If the shaliach is not someone who is subject to that particular transgression. 2) If the shaliach does not have the choice whether to transgress or not. The Gemara suggests a number of cases where we would see the difference (nafka mina) between these two reasons. One case is where a person tells a woman to cut off the peyot (sideburns) of a minor. This is a prohibition in the Torah ("makif"), but a woman is not included in it. According to the Gemara's first condition, in this case the one telling her to do it would be liable. According to the second condition, however, the one sending would not be liable either since the woman has a choice in the matter.

Tosfot says that the case could have also been where there is an adult involved and not necessarily a minor ("Cut of the peyot of an adult!"). The Gemara did not mention this case, however, because it is unlikely that an adult would let her cut his hair in an illegal manner since he then also transgresses, as we see in Makkot 20b. Athough Rav Ashi says in the Gemara there that the one getting shaved has to assist in the shaving, Tosfot writes that this is only a condition to get malkot (lashes), but even if he doesn't assist, he still transgresses.

The Shulchan Aruch in Orach Chayim (328:3) says that in a case of an internal injury (from the teeth and inward), one is allowed to desecrate the Shabbat. The Rama adds that if someone has a severe toothache, he may ask a non-Jew to take out the tooth. The Taz asks, why is this allowed? The Jew is assisting the non-Jew by opening his mouth, so why is it any different than the case of the shaving, where the one being shaved also transgresses if he assists? Moreover, the Taz brings a Gemara from Beitza (22a) that seems to contradict the Gemara in Makkot regarding shaving. Ameimar says in Beitza that one is allowed to tell a non-Jew to put some ointment in his eye on Yom Tov. The Gemara asks, how is this allowed? Isn't he assisting the non-Jew? Ameimar answers that assisting isn't considered an act of importance. This seems to totally contradict the Gemara in Makkot regarding shaving?!

The Taz answers that there are two types of "assisting". In the case of the eye, the eye is open anyway, and he is only assisting a little bit. Therefore the Gemara says that assisting isn't of any importance. But in the case of the shaving, the one who is being shaved is assisting a lot by tilting his head first and making his hair accessible to the one shaving him. It is as if he is beginning the act. The case of the tooth is similar to this, because a person's mouth is normally shut, and he has to open it first to have the tooth pulled. Therefore, the Taz concludes that a person is not allowed to tell a non-Jew to take out his tooth on Shabbat, because he is assisting the non-Jew, like the case of the shaving. The Taz similarly rules that a woman is prohibited to tell a non-Jew to cut her nails on Shabbat and Yom Tov for Mikvah purposes, since she is assisting the non-Jew by first extending her hand.

The Shach in Yoreh Deah 198 argues and rules that, in general, assisting is of no importance, and the case of shaving is unique, because the one being shaved has his own special prohibition. The Torah writes, "Lo takifu," which implies that the one being shaved is also held liable -- either because the word is plural, or because it is understood to mean, "Do not let yourself be shaved." In other words, according to the Shach, the one being shaved is not liable because he is assisting (since assisting is really of no importance), but because he has a special prohibition. If this is the case, a woman would be allowed to tell a non-Jew to cut her nails on Shabbat, and the Rama is correct in saying that one may tell a non-Jew to extract his tooth on Shabbat.

This dispute between the Shach and Taz is already found in the Rishonim, as brought down in the Ritva in Makkot. The Ritva asks the Taz's question, why is the case of the shaving different than the case in Beitza regarding the eye? The first answer he offers is like the Taz, that there are two types of assisting. In regard to the eye he is assisting only a little, while by shaving he is assisting a lot. The second answer that he offers, in the name of Rabbeinu Meir, is that "assisting" is never really of importance and the only reason one is liable if he is shaved is because he has a special prohibition. The only reason he needs to assist at all is in order to get lashes, but he transgresses regardless (as we explained earlier). This answer is like the Shach.

How can we understand this argument? We can explain that it depends how we interpret Rav Ashi's statement in Makkot that the one being shaved gets lashes only if he assists. One possibility is because the one assisting is considered to be taking an active role in the act of shaving, and, in turn, becomes like the one shaving; he is actually doing something. This is what the Taz holds, and you must then differentiate between different types of assisting. There is another way of explaining Rav Ashi, though, that he meant to say that there is a special prohibition for the one being shaved. The only one doing something here is the one shaving, and the assistance of the one being shaved is only a condition to get lashes. He is not creating the prohibition; that already exists. What emerges from this second aproach is that assisting is not considered as doing anything, and this is what the Shach holds.

We can now understand the Rambam's ruling in Hil. Avoda Zara. The one being shaved has no special prohibition, and he has to assist in order to create an act of violation. He understands like the Taz, that assisting is considered as acting, and he understood Rav Ashi's answer in this way. The Raavad, however, holds that the one being shaved has a special prohibition, but assisting in and of itself does not create any prohibition; it is only a condition to get lashes. He understands like the Shach. In short, what emerges is that the Rambam holds like the Taz and the Raavad holds like the Shach. 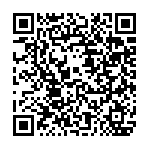