Unity through the Pesach Sacrifice

Unity through the Pesach Sacrifice

The Maharal (Gevurot Hashem, ch. 35-36) notes many laws of the Pesach sacrifice that emphasize unity:

In addition there are several phrases in the Parsha that indicate unity:

The Pesach sacrifice also shares a few of the attributes of a communal sacrifice, as it supersedes Shabbat and tumah. This is despite the fact that it is essentially an individual sacrifice (Yoma 10a). What makes unity and communality such integral parts of the Pesach sacrifice? This can be explained according to the Maharal in Gevurot Hashem (ibid.):

Since Am Yisrael's collective purpose is the worship of One G-d, then, they must similarly be unified amongst themselves. This expresses itself through the Pesach sacrifice. The connection of this idea to the Exodus can be understood in greater depth based on the Maharal's Drasha for Shabbat HaGadol (5349, printed at the end of his Haggadah):

Am Yisrael were not a nation prior to their Exodus from Egypt. Before they descended to Egypt they were not even seventy souls worthy of a nation, and when they were slaves in Egypt the term 'nation' did not apply to them. When they left Egypt it was as if they were born.

Thus, the essence of the Exodus from Egypt is the creation and formation of Am Yisrael who belong to One G-d. The Pesach sacrifice is a symbol, or perhaps even a part of the process, of the nation's creation. Therefore, the subject of unity is emphasized in it.

There are many verses in the Torah that teach that the purpose of the Exodus from Egypt was to transform Bnei Yisrael into a nation that worshiped Hashem: "I am Hashem, your G-d, who has removed you from the land of Egypt to be a G-d unto you." (Bamidbar 15:41) This is also the culmination of the four terms of redemption: "I shall take you out ... I shall rescue you ... I shall redeem you ... I shall take you to Me for a nation and I shall be a G-d to you." (Shemot 6:6-7)" In the departure from Egypt, Am Yisrael was created and Hashem took them for His service.

There is an amazing passage in the Yalkut Shimoni to Parshat Yitro. It says that Hashem wished to give the Torah to Am Yisrael during the departure from Egypt, as this was the reason they became a nation and left. However, Am Yisrael had not yet managed to attain the required level of unity:

Hashem wished to give the Torah to Am Yisrael when they left Egypt, but they were divided some against others and they were saying all the time: "Let us get together and return to Egypt" ... When they arrived at Sinai they were all made into one unit ... Hashem said: The Torah is entirely peace; whom should I give it to? To a nation that loves peace as it says: "All its ways are peace."

This common theme of unity–nation can be found also in the future redemption. In the prophecy of the tree of Ephraim and Menashe, it says: "Bring them close one to another to you, like one piece of wood, and they will become united in your hand ... I will make them into one nation in the land ... My dwelling place will be among them; I will be G-d to them and they will be a nation to Me." (Yechezkel 37:17-27) Once again, the process of redemption lies in the nation's unity, "one nation in the land." Then it will be possible to fulfill the pasuk, "I will be a G-d to them."

It is also explicit in the Midrash that a prerequisite for redemption is the nation's unity (Midrash Tanchuma, Parshat Nitzavim #1):

You discover that Am Yisrael will not be redeemed until they are all one unit, as it says: "In those days the House of Judah will walk with the House of Israel, and they will come together from the land of the north" – when they are together, they can receive the Shechina.

This can explained based on the aforementioned ideas. The basis for the future redemption lies in the revelation of Hashem's sovereignty and His Oneness, as the prophet Zechariah says: "Hashem will be King over all the land; on that day Hashem will be One and His Name will be One." (14:9) If so, just like Am Yisrael's creation in Egypt was based on the nation being unified into one unit, so, too, the future redemption – when Am Yisrael will fulfill its destiny – depends on the nation's unity.

"They will all become one unit to do Your will with a full heart." 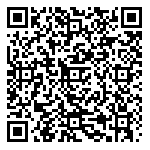