He shall Provide for Healing

He shall Provide for Healing

The Gemara in B. Kama 85a cites from the Mechilta: "[A Tanna] of the academy of R. Yishmael says: 'He shall provide for healing' (Shemot 21:19) -- from here [we derive] that a physician is given permission to heal." This means that although the Gemara in Chulin (7b) states, "R. Chanina says: A person does not bang his finger below unless it is decreed upon him from Above, as it says, 'A man's footsteps are established by Hashem' (Tehillim 37:23), 'but what does a man understand of his way?' (Mishlei 20:24)" -- still, if a sick or injured person comes before a physician, he does not have to tell him, "It is G-d's will that you be sick or injured," but rather the physician is allowed to help the patient and heal him.

However, the Ramban writes in Parshat Bechukotai (Vayikra 26:11) as follows:

When Israel are perfect and large in number, their course of events will not be subject to nature at all, neither regarding their bodies nor their land, neither communally nor for an individual of them. Hashem will bless their bread and their water, and remove sickness from amidst them, so that they will not need a physician nor to take any medical precautions at all, as it says, "I am Hashem, your Healer." (Shemot 15:26)

This is how the righteous would act in the era of prophecy. Even if a sin were to cause them to fall ill, they would not seek doctors, but only the prophets, as Chizkiya did in his illness. Furthermore, the pasuk says [about Asa], "Also in his illness, he did not seek out Hashem, but only doctors." (Divrei Hayamim II 16:12) If the issue of doctors was commonly practiced among them, why are the doctors mentioned? The accusation is only because he did not seek Hashem ... However, one who seeks Hashem through a prophet would not seek doctors. After all, what place do doctors have in the house of those who do the will of Hashem, since He promised, "He shall bless your bread and your water, and I shall remove illness from your midst." (Shemot 23:25) Anyway, the doctors deal merely with food and drink, warning from it and commanding about it...

This is what [Chazal] say (Brachot 60b) that it is not normal for people to involve in medical practices, just they are accustomed to do so. Were they not accustomed to medicine, a person would become sick as fitting according to the punishment of his sins, and would be healed by the Will of G-d. However, they were accustomed to medicine, and G-d left them to the events of Nature. This is their intention when they say: "He shall provide for healing -- from here [we derive] that a physician is given permission to heal." They did not say that a sick person is given permission to seek medical help, but rather that when a person becomes sick and seeks medical help -- since he is accustomed to medicine, and he is not among the assembly of G-d whose share is in Life -- the doctor does not have to refrain from healing him.

The Torah also consented to this that healing should be based on nature, because the Torah understood that man would not be so worthy as to be healed miraculously from Heaven. Therefore, it is not possible to say that this pasuk, "He shall provide for healing," teaches that it is a mitzvah [to heal], since if the person is worthy he does not need it. Just the opposite, he should have required healing from Heaven, only that according to common practice, it is permissible for him. Therefore, it now becomes a requirement and a mitzvah, since according to man's behavior his life is dependent on it.

What this all means is that even though there is individual hashgacha (Providence), as we cited from the Gemara in Chulin, still, there are a number of variable involved. It is know that in Eretz Yisrael there is more hashgacha than elsewhere. (Cf. Devarim 11:12 and Rashi there, as well as Ramban on Vayikra 18:22 at length.) However, even in a single place there is a difference between a righteous person and a simple one. Rashi writes at the end of Parshat Vayeishev that Yosef was left in prison for two additional years because he made attempts with the butler and didn't have confidence in Hashem. This seems difficult, since a person is required to make attempts, and the Gemara in Pesachim (64b) says that we do not rely on miracles!

The Beit Halevi (in his commentary on the Torah) explains that if a regular person were in Yosef's situation, he would be obligated to make attempts with the butler. However, Yosef was on such a spiritual level that even this attempt was considered for him a lack of confidence. A simple person has less Providence, and therefore is required to make attempts more often. A righteous person has more Providence, and therefore needs to make attempts less, and when he attempts too much -- it is considered for him as a lack of confidence in Hashem. Therefore, for Yosef, the attempt with the butler was a sin.

When people were more righteous, there was more individual hashgacha. Going to the doctor was considered an unnecessary attempt, and therefore was a sin, as the Ramban writes. However, the level of yirat Shamayim declined, as it says: "R. Zera said in the name of Rava b. Zimona: If the early ones are like the sons of angels, we are like people; if the early ones are like people, we are like donkeys -- not like the donkey of R. Chanina b. Dosa and of R. Pinchas b. Yair, but like other donkeys." (Shabbat 112b) Therefore, nowadays, a person is required to go to a doctor, as the Taz writes in Yoreh De'ah.

The Netziv writes in Ha'amek Davar (Bamidbar 6:11; 17:3) that a person may not live above his spiritual level, and one who does so is called "sinning against his soul." This expression of "sinning with his soul" appears twice in Sefer Bamidbar. The first time is in regards to the 250 people of Korach's assembly who died when they offered the incense, and the second time is regarding a nazir who became defiled. It says about Korach's assembly, "the firepans of these sinners against their souls" (17:3), since these 250 heads of the Sanhedrin knew ahead of time that they would die, yet they were willing (according to the Netziv) to die in order to cling to the Divine Presence through offering the incense. Regarding a nazir who becomes defiled it says, "He should atone for him for having sinned against his soul." (6:11), since he wanted the Holy Spirit to dwell on him and therefore undertook to become a nazir, but the fact that he was defiled is a sign that he was not worthy of this level.

Thus, a person nowadays who becomes ill, G-d forbid, needs to recognize who he is and the generation in which he lives, and must see a physician. At the same time, he must recognize that he became sick because G-d wanted so, and his healing will come only if G-d wants it, and therefore, he must examine his actions, repent and pray to the Creator. Along with all this, he must attempt medical measures, and pray that through them G-d will sent him healing.

The Shulchan Aruch (O.C. 230:4) quotes the Gemara Brachot 60a that one who goes to let blood says, "May it be Your will, Hashem, my G-d, that this action should be for me healing, for You are a free Healer." The Mishna Berurah adds there (240:6), "The same is true for every medical issue that he should say this, and he shouldn't think that anything will heal him other than by G-d." 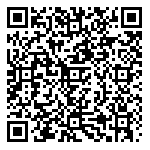