Moshe, the Spies, and Tisha B'Av

The incident of the spies is related once again in this week's parsha, as it says: "All of you approached me and said, 'Let us send men ahead of us and let them spy out the Land.'" (Devarim 1:22)

There are many discrepancies between the account of the story in Parshat Shelach and what is recounted in our parsha. We would like to focus on an addition that is found in our parsha, namely -- Moshe Rabbeinu's accusation that he, as well, was punished not to enter the Land on account of Am Yisrael: "With me, as well, G-d became angry because of you, saying: You, too, shall not come there." (Devarim 1:37)

This pasuk is clearly difficult, as it says explicitly in Parshat Chukat that Moshe's sin at Mei Meriva is what caused him not to enter Eretz Yisrael. Why does Moshe now implicate Am Yisrael in this, because of their sin with the spies?

Many of the commentators address this difficulty. The Ramban explains that Moshe did not intend to say that he was punished because of the sin of the spies. Rather, Moshe was mentioning all those who were withheld from crossing over to the Land, even though it is possible that different sins caused this punishment.

The Ohr Hachaim Hakadosh objects to the Ramban's interpretation, since afterwards the Torah continues discussing the sin of the spies, so why would he interrupt the topic with another issue? Therefore, the Ohr Hachaim explains:

The correct interpretation is based on the words of our Sages who comment on the pasuk: "The nation cried that night" -- They established crying for generations, because it was the night of Tisha B'Av, on which the Temple was destroyed. They also said, that if Moshe were to enter the Land and build the Beit Hamikdash the Temple would not be destroyed ... Now, if Moshe were to enter the Land and would build the Temple -- so that is not possible to vent His wrath on it, and G-d would become angry with Israel, they would be destroyed instead of the destruction of the Temple. Therefore, G-d decreed as part of the decree of the spies also upon Moshe that he should die in the desert, and this is what he said, "With me, as well, G-d became angry because of you."

If you ask, we see that Moshe's death was on account of Mei Meriva? I already wrote there that if Moshe would have sanctified G-d's Name, Israel would have returned to the purity that they were in before the sin of the spies through the great kiddush Hashem.

This explanation is very beautiful. Yet, we still need to understand how Moshe would raise Am Yisrael through the kiddush Hashem at Mei Meriva in a way that would atone for the sin of the spies? In other words, what is the root cause of the sin of the spies that it could have been rectified at Mei Meriva, and how is this connected to the Temple, that on the same day that they sinned -- on that same day it was destroyed?

In the Aggadah in the fifth chapter of Masechet Gittin relating to the destruction of the Temple, Chazal associate a number of causes with the destruction of the Temple: "On account of Kamtza and Bar-Kamtza," "On account of a rooster and a hen," and others. However, it appears that there is a common denominator between all of the causes, namely, that one of the involved parties tattled to the Roman governor. Thus, it seems that the problem was linked to the sin of speech, the lashon hara, besides the incident itself.

It is possible that this is the thread that connects the three topics. The sin of the spies was with prohibited speech (they did not learn a lesson from the incident of Miriam); Moshe's sin was that instead of talking -- he hit; and, as mentioned, the destruction of the Temple is also connected to the sin of inappropriate speech.

Moreover, it seems that speech is inherently connected to these issues. The Maharal explains that speech is what connects the physical and the spiritual, as the Targum writes, "a talking spirit." Eretz Yisrael is the place where physical labor is, in essence, a spiritual mitzvah, and in this way the world is elevated from the physical to the spiritual. The Temple is the spiritual center where gross animals are offered on G-d's Altar. Thus, speech is the main force needed for them. After Am Yisrael failed with speech in the sin of the spies, Moshe could have raised them back to their prior level through speech that would sanctify G-d's Name. However, he, as well, failed in this, and therefore he did not enter the Land. For this same reason, the day of the sin of the spies is the day of the destruction of the Temple.

If we learn to guard our mouths from improper speech, and improve also in a positive manner to sanctify G-d's Name through speech -- we will merit to see the building of the Temple. 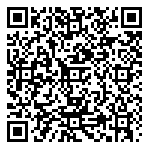