This Shabbat we begin reading Sefer Devarim, which are the words of Moshe Rabbeinu to Am Yisrael on the verge of entering Eretz Yisrael. The book contains messages that relate to the entire Israeli nation, and therefore Moshe speaks to all of Am Yisrael and not to a select few. The first message is the message of leadership: "How can I alone carry your contentiousness, your burdens, and your quarrels?" (Devarim 1:12)

Leadership is not something that belongs to the individual person. Instead, it is a complete administrative system – leaders of thousands, leaders of hundreds, leaders of fifties and leaders of tens, all working together. The quarrels and burdens of the public require everyone's cooperation. If a leader chooses to act separately, he is liable to collapse because he cannot bear the burden alone. Therefore, Moshe says: "How can I alone carry your contentiousness."

Rashi comments on this pasuk:

"Your contentiousness" – one of them, upon seeing that his counterpart is winning the trial, says: "I have witnesses to bring."

"Your burdens" – this teaches that they were apikorsim (i.e., always casting doubt). If Moshe would go out early, they would say: "Why has the son of Amram chosen to gone out? Perhaps he is not at peace in his home." If he were to go out late, they would say: "…He is sitting and plotting evil plans against you."

"Your quarrels" – this teaches that they would bicker.

Am Yisrael is always complaining. This is a harsh description of Am Yisrael, all of which Moshe had to deal with. It is fairly clear why he couldn't bear the burden alone.

Yet it is very odd that when Moshe comes to appoint leaders, he says: "I took the heads of your tribes" (Devarim 1:15) Rashi writes: "I enticed them with words. 'You are fortunate, for who have you come to be appointed over? Over the sons of Avraham, Yitzchak and Yaakov, people who are called brothers and comrades.'" A second ago he was calling them apikorsim and bickerers, and suddenly he is calling them brothers and comrades – how is this possible?

There is a message here about proper leadership. It is true that now Am Yisrael is acting negatively - bickering, apikorsim, etc. However, a good leader should know that there is potential in the nation and that it is possible to change them and bring them back to the proper path. Am Yisrael are the sons of Avraham, Yitzchak and Yaakov. They are rooted in holiness, in potential they are brothers and comrades, and through proper leadership it is possible to return them to their true state. All their bad behavior is on the surface, but in essence they are pure and holy. Therefore, when Moshe appoints the new leaders, he teaches them how a leader should approach the public, even when they are acting in an inappropriate manner.

Another message on leadership: In one pasuk it say, "I instructed your judges at that time" (Devarim1:16), whereas later it says: "I instructed you." (Devarim 1:18) One the one hand, the Gemara in Masechet Sanhedrin 8b teaches:

R. Elazar said in the name of R. Simlai: This is a warning to the public that the fear of the judge should be upon them, and a warning to the judge that he should tolerate the public. To what extent? R. Chanan said, and some say R. Shabtai said: "As a nursing father carries the suckling child"

Rashi explains: Like a father who carries his son out of love and affection, even though the son kicks his father – he carries him with love.

On the other hand the Gemara writes there:

R. Yochanan said: Moshe said to Yehoshua, "You and the elders of the generation with them." [However,] Hashem said to him: "Take a stick and strike on their heads. "One leader for a generation, and not two leaders for a generation."

Apparently, there is a contradiction here in the definition of leadership. On the one hand: "Take a stick and strike on their heads," while, on the other hand, "As a nursing father carries the suckling child," out of love and affection?! It is only when it comes to their outlook, a leader must tolerate the public despite their behavior, and be able to understand each and every one of them through love and affection. However, when it comes to Halacha, to important issues, there is no room for compromise - "Take a stick and strike on their heads." Here it is impossible to compromise. Everyone must obey the same command; here one must show forceful leadership.

Moshe Rabbeinu was the symbol of true leadership, from whom all generations can learn. Personal integrity, modesty, fear of heaven, love of the congregation, and cooperation with the rest of the leaders - these are all aspects of Torah leadership, through which the leader to receive heavenly aid so that his words will be well received by the public.

We pray that the pasuk: "Then I will restore your judges as at first, and your counselors as at the beginning; after that you will be called 'City of Righteousness,' 'Faithful City'. Zion will be redeemed through justice, and those who return to her through righteousness" (Yeshaya 1:26) – will be fulfilled in our times! 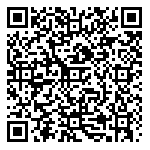