“To Zevulun he said: Rejoice, O Zevulun, in your excursions, and Yissachar in your tents.” (Devarim 33:18)

Chazal explain: “Rejoice Yissachar in your excursions for business, because of Yissachar in [their] tents, who sit and delve in Torah.” This is the source of the well-known idea that Zevulun and Yissachar made an agreement: Zevulun would go out for business and sustain Yissachar, who would learn Torah, and the merit of the learning would be attributed also to Zevulun. However, how did Chazal derive this from the verse?

Although, in general, one should not rejoice in worldly manners, as it says, “Of joy, [I said], ‘what does it accomplish?’” – here, where Zevulun’s success in his business is for the purpose of supporting Yissachar, certainly joy is worthy even in worldly matters.

“Rejoice, O Zevulun, in your excursions.” When a person sets out on his business, he does not know whether he will succeed or not, and he is not happy. Just the opposite, he is concerned and worried that perhaps he will not succeed! However, Zevulun, whose business is for the purpose of Yissachar’s success in learning, can rejoice already upon setting out, because he is guaranteed that Hashem will grant him success.

The blessing and promise of joy to Zevulun already on his way out to business, leads to the conclusion that we are not dealing with regular business, but rather with one that allows the involvement of Torah of Yissachar. For this reason Moshe juxtaposed them in the pasuk. However, this partnership requires explanation. Do we find with other mitzvot this kind of partnership, that one should wear Tefilin, take the lulav or sit in a succah, and his partner should support him?! Each and every person is obligated to perform mitzvot, including the mitzvah of learning Torah, which is comparable to them all, so why can this mitzvah alone be fulfilled through such a partnership?

There are two parts to learning Torah:

The goal – knowing Torah and its beliefs; to know Hashem’s will in this world, and the way of G-d that one should follow.

The means – to make every attempt to know G-d’s will and his Torah, which includes unceasing involvement in Torah day and night. (Some explain with this the concept of “Torah lishma,” to learn in order to know G-d’s will through the learning.) Even so, “If a person will live thousands of years, he cannot count your greatness.”

In this mitzvah, the means are also a great and important mitzvah, and they are not only a preparation (hechsher) for the mitzvah. It seems that Zevulun is exempt only from the second aspect, the means.

Despite Zevulun’s involvement in business he is not exempt from the mitzvah of knowing Torah. Moreover, all of Yissachar’s conclusions, Zevulun learned and knew, just as with all other mitzvot, that one person cannot exempt another. Yissachar dealt with “learning” and Zevulun with the “halacha.”

The second aspect of the mitzvah – involvement in the give and take of Torah with toil and effort, in order to clarify the Creator’s will – Zevulun accomplished through his business. He toiled in his business with the goal that G-d’s will should be clarified through Yissachar, who would be free to learn Torah, and he would support him. It is nearly possible that one who does this with the pure intention of revealing G-d’s will in this world, like Zevulun, is considered as involved in Torah itself. Thus, as the Ohr Hachaim writes, he can be happy with his worldly matters and he is guaranteed success in all his business, which is G-d’s will itself.

“[Torah] is a tree of life to those who grasp it, and its supporters are happy.” (Mishlei 3:18) Both for those who learn Torah and for those who support it, Torah is literally a tree of life, and everything depends on one’s intentions. When the goal is for Torah’s sake – whether through the means of business or through the means of involvement in learning Torah – happiness, blessing and satisfaction are guaranteed.

It appears that there is a great lesson here. A person take part in the experience of learning and elevate his soul even when he is outside of the Beit Midrash, when he is involved in his business, in settling the Land, or protecting it. He can feel that he is involved in Torah itself, if his goal is like that of Yissachar.

The Rambam concludes his Mishneh Torah in the following manner:

May this happen speedily in our days, Amen. 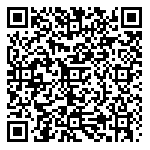