The Joyous Fire of Torah

Ben Azai was sitting and teaching, surrounded by fire. They went and told R. Akiva, "R. Ben Azai is sitting and teaching and the fire is blazing around him!" [R. Akiva] went to him and said, "I heard that you were teaching and the fire was blazing around you." He said to him, "Yes." [R. Akiva] said to him, "Perhaps you were involved in the secrets of the merkava (Yechezkel's vision of the Divine Throne)?[Ben Azai] said to him, "No, rather I was sitting and linking together words of Torah, and from Torah to the Prophets, and from the Prophets to the Writings, and things were as joyous as their giving from Sinai, and were as pleasurable as their original giving. Was their original giving from Sinai not given in fire? This is what it says, "The mountain was blazing with fire." (Devarim 4:11)

Tosfot (Chagiga 15a, s.v. shuvu banim) quotes a similar story from the Yerushalmi about R. Eliezer and R. Yehoshua at the circumcision of Elisha b. Avuya:

They were sitting and involved in words of Torah. Fire came down from heaven and encircled them. Avuya, [Elisha's] father, said to them, "Sirs, did you come to burn down my house?" They said to him, "Heaven forbid, rather we were sitting and linking together words of Torah, and from Torah to the Prophets and from the Prophets to the Writings, and things were as joyous as their giving from Sinai. Weren't they given in fire?

We need to understand:

What is significance of this fire, which characterizes the giving of the Torah for all generations?

Where do we find in the description of the Revelation at Har Sinai that this fire was an expresssion of joy? Just the opposite, the fire caused a great fear, as it says, "for you were afraid of the fire." (Devarim 5:5)

Why did R. Akiva assume, at first, that Ben Azai was learning the secrets of the merkava in particular?

How did R. Eliezer and R. Yehoshua allay Avuya's concern that they were going to burn down his house?

This fire, on its simplest level, symbolizes G-d's revelation in the material world, as we find in numerous places:

Fire has both positive and negative qualities. It has, on the one hand, the ability to provide light and warmth, yet, on the other hand, to consume and destroy. The vision of the burning bush teaches that the fire of G-d's revelation blazes, but does not destroy, "The bush was burning in fire but the bush was not consumed." Mt Sinai, despite the fact it smoked like a furnace -- we do not find that it was left scorched and desolate. Moshe, as well, ascended the mountain into the cloud (in the end of Parshat Mishpatim), and was not burnt. Similarly, the pillar of fire that escorted Bnei Yisrael through their travels was "to give them light." On the other hand, we find regarding Nadav and Avihu, and the 250 princes who offered incense in Korach's rebellion, that a fire came forth from Hashem and consumed them. This seems, at first glance, to be contradictory. (Yet, even there, Rashi explains that the fire burnt only the soul, whereas the body remained intact.)

Perhaps we can explain all this based upon an understanding of what true joy is? We find the mitzvah of rejoicing in the context of the three holidays: "You shall rejoice before Hashem, Your G-d, in the place that Hashem, your G-d, will choose." (Devarim 16:11) Similarly, in the context of sacrifices: "You shall slaughter peace-offerings and eat there, and you shall rejoice before Hashem, your G-d." (Devarim 27:7) Rav J. B. Soloveitchik zt"l explains that this is the very essence of joy -- a sensation of standing before Hashem, since "might and joy are in His place." (Divrei Hayamim 16:21) For this reason, the High Priest does not observe mourning the entire year, just like a common person on the holidays -- because he is always found "before Hashem!" (Sefer Shiurei Harav on Aveilut and Tisha B'Av, p. 82)

Why is true joy specifically through this, through a sensation of being "before Hashem?" It is because a person's soul descends from under the Divine Throne. Indeed, the whole purpose of Creation is so that man should rejoice upon Hashem and enjoy the radiance of the Divine Presence in the world to come, which is the greatest enjoyment possible, as Ramchal writes in the beginning of Mesilat Yesharim. Even in this world, when the soul has the opportunity to feel G-d's closeness, it is a great pleasure and joy for it. Therefore, when a person comes on the holidays to the "place that G-d chooses," and feels G-d's closeness there -- he is able to experience, "You shall rejoice before Hashem."

Thus, whenever a person's soul encounters Divine revelation -- it is a great cause of joy and happiness for him. This is the idea of, "as joyous as their giving from Sinai," since at the Revelation at Sinai there was great joy for the soul, despite the fear -- "Rejoice with trembling." (Tehillim 2:11) The awesome sight of the Revelation was one and the same with a great sensation of closeness to G-d. Along these lines, we can explain Chazal's comment that at the time of Matan Torah, "their souls departed" -- not necessarily out of fear, but due to a sense of closeness and desire for the Divine Radiance.

For this same reason, when R. Akiva saw Ben Azai encircled by fire, he assumed that he was learning the secrets of the merkava, which relates to the Divine Revelation. Ben Azai responded that not only the learning of ma'aseh hamerkava entails Divine revelation, but rather the very process of learning of Torah in completeness entails Divine revelation, since the entire Torah is permutations of the Divine Name. (For this reason, a Torah scroll that is missing even one letter is invalid, as the Ramban writes in his introduction to Sefer Bereishit.) Similarly, we learn in Pirkei Avot (3:6) and Gemara Brachot (6a) that even a single person who sits and learns Torah -- The Divine Presence is with him.

We now also understand R. Eliezer and R. Yehoshua's response to Avuya that there is no concern that his house would be burnt down, since this joyous fire of Torah is not a fire that consumes when learning properly, but rather it is the light of G-d's revelation, an expression of the soul's joy. However, when a person attempts to come too close, improperly -- as with Nadav and Avihu and those who offered the incense -- this fire pulls the soul out of the body. (Only the prophet Eliyahu merited to ascend with his body in a chariot of fire to Heaven, as his body was completely drawn after his soul.)

Similarly, we find in the Mechilta (Shemot 19:18): "This teaches that the Torah is fire; it was given in fire, and it is compared to fire. Just as fire, one who comes [too] close to it is burned, whereas when distancing it is cool -- a person should only warm himself opposite its light." Pireki Avot similarly teaches about talmidei chachamim: "Warm yourself opposite the light of the Sages, yet be careful of their coals so that you are not burnt."

Thus, this is the nature of learning Torah properly -- with a sense of great joy and happiness, as their giving from Mt. Sinai. The question is, how can we feel and experience this joy in our own learning? Furthermore, if the idea of true joy is the sensation of standing before Hashem, why is this focused on the holidays, and why through the medium of wine and meat, which symbolize the physical pleasures of the world? Similarly, we find the phrophet achieved prophecy through music. What is the connection of music to a sensation of standing before G-d and experiencing His closeness?

A possible answer is that, afterall, the soul is bound in the material body. For the soul to be able to experience completely the joy of closeness to G-d -- it is necessary to raise also the body to a level of joy, and this is through physical pleasures that are linked to mitzvot -- the holidays, the meat of the sacrifices, wine which brings enjoyment to G-d and man, and music. Then, when the soul is freed of the shackles of the body's sadness, the soul can experience fully the joy of closeness to G-d.

The same is true regarding learning Torah. Learning Torah itself is a great closeness to G-d, as we explained earlier, and, indeed, "The orders of Hashem are upright, gladdening the heart." (Tehillim 19:9) Sometimes, however, due to the shackles of the body and the natural tendency towards laziness and ease, we do not sense the pleasure of Hashem that is inherent in the revelation of learning, and therefore we do not rise to a feeling of "as joyous as their giving at Sinai." Therefore, we need to find ways of raising also the body to a level of enjoying learning, and then the soul will be able to shine with the light inherent in learning. Rav Hadar Margolin shlita, in his sefer, Besimchah U'vtuv Levav (ch. 9), provides two ways to achieve this:

1. Through a sense of satisfaction and achievement in knowing well what one learns, by ensuring that the learning is clear and reviewed, as we find in the Gemara Eruvin 54a, "When is a person happy? -- When he is able to answer." Rashi explains, "When is a person happy with his learning? When he is able to answer when asked a halachic question." The explanation of this is self-evident, that when a person sees results and value to his efforts, he feels satisfaction and joy in his endeavors. Thus, we find in Pesachim 86a, that after Rav Sheshet would review his learning, he would say to himself, "Rejoice! Rejoice!" Rav Margolin quotes from the Steipler Gaon in one of his correspondences that one should review what he learns at least four times, and then review each chapter four more times. Then a person will feel great accomplishment and pleasure in his learning. This relationship is also true in the mutual direction -- the more one enjoys learning, the more he will remember, as the Tiferet Yisrael explains, "I will enjoy your learning -- [and therefore] I will not forget Your word." (Tehillim 119:16)

2. By understanding the great merit of learning, the great pleasure that is causes G-d, and the great influences that are caused by learning in this world and in the upper realms. In Nefesh Hachaim (ch.4), Rav Chaim Volozhoner deals with this at great length. He cites extensively from the Zohar to show the great value of learning Torah, and how is is cherished by G-d, Who hears each and every word of Torah, grasps it fondly, and builds world from it.

In his introduction to the Eglei Tal, the Socochover Rebbe writes against those who view enjoyment in learning an element of "shelo lishma" (not for its own sake). He writes that just the opposite is true, "This is the primary mitzvah of learning Torah, to be joyous and happy and enjoy his learning -- and then words of Torah are absorbed in his blood. After he takes pleasure in words of Torah -- he becomes attached to Torah."

This is exactly what we said, that through pleasure and joy in learning, a person clings to the Torah, and merits to enjoy the Divine Radiance that is inherent in the Revelation of Torah.

Let us conclude with a passage from the Zohar:

When Yisrael sit and ivolve themselves with the joy of the Torah, G-d says in His company: "See my beloved children who have their own troubles and involve themselves in My joy!"

May it be G-d's will that through our learning Torah in joy, "as their giving from Sinai" -- we will go free from all our troubles to the joy of Hashem! 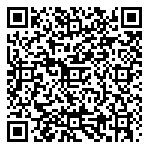