The Difference Between Yaakov and Esav

The Difference Between Yaakov and Esav

Most commentators understand that the difference between Yaakov and Esav was inherent from their birth. Rashi highlights this on the pasuk, "The children agitated (or, "ran about") within her" (Bereishit 25:22), that when Rivka would pass places of Torah study Yaakov would make movements to come out, and when she would pass places of idol worship Esav would move about to come out. Similarly, Rivka is told, "Two regimes from your insides shall be separated." (25:23) The Midrashim also point out that Esav came out red -- representative of bloodshed and sin, and fully formed -- indicating no ability for advance and development. Yaakov, on the other hand, begins his life in a modest and tranquil manner.

The GR"A, in the beginning of Parshat Ki Teitzei, writes that the definition of the first-born depends on the time of conception and not of birth. According to this, it would seem that in actuality Yaakov was the true first-born, and the "sale" of the birthright was only a means of negating any potential claims of Esav. The Netziv points out, however, that according to the halacha this is not true, since we do follow the time of birth. How, then, can we understand the comment of the GR"A? Some explain that by regular children the fetus is of anonymous identity, so we follow the time of birth, when the children begin their distinct existence. But regarding Yaakov and Esav, who had distinct personalities from conception -- we follow conception and not birth.

Based on this principle, that Yaakov and Esav were already distinguished from the womb, we can explain a lot about Yaakov and Esav. Chazal's comment, "It is an accepted tradition that Esav hates Yaakov" (see Rashi 33:4) shows that anti-Semitism is not something logical, brought about by specific causes, but an inherent trait.

However, this principle is not simple. Where is Esav's free choice?! The Gemara (Nidah 16b) relates that at the time of conception an angel brings the drop before G-d who decrees its fate, whether the person will be intelligent or not, rich or poor, but not whether he will be righteous or wicked! Maran Rosh Hayeshiva zt"l brings other proofs that Esav was not rejected from birth. Midrash Tanchuma writes that the Torah was given in the month of Sivan, whose constellation is that of "teomim" (= twins, i.e., Gemini), since the Torah is fit for the pair of twins, Esav and Yaakov. Furthermore, the Gemara Kiddushin proves from Esav that a non-Jew inherits his father, and refutes this with the comment that a "Yisrael mumar" (apostate Jew) is different. This underscores the point that Esav had the potential to be a "Yisrael," but chose to reject it. Similarly, Rashi on Parshat Vayishlach comments that Esav left the Land of Israel by choice, not to have to undergo the exile that was a precondition for the promise of the Land. There are other proofs, as well, that whereas Yishmael was inherently cast off from being the successor of Avraham, Esav left by choice. Thus, the notion that Esav was predestined to be wicked is not true.

How, then, are we to understand the sources that point to a predetermined nature of Esav? We must say that Esav was born with a tendency in that direction, but the choice was still his to decide his ultimate fate. Similarly, the Gemara (Shabbat 156a) writes that one who is born in the mazal of maadim has a tendency towards blood, but can still sublimate it to the service of G-d and become mohel or shochet. Conversely, even though Yaakov was born with a tendency towards righteousness, it was up to him to fulfill this potential. What, then, caused the ultimate difference in their respective choices?

On the pasuk, "The lads grew up and Esav became one who knows hunting, a man of the field (ish sadeh); but Yaakov was a wholesome man abiding in tents (yoshev ohalim)," Targum Onkelos writes that Yaakov served in the house of study [or, according to Targum Yonatan b. Uziel, "tava ulfana," he sought learning], whereas Esav was a "gvar nachashirchan." This is a difficult phrase. In Kabalistic works Esav is described as gilgul of the original serpent, and had tattoo of serpent on his thigh (nachash yirchan). Tosfot in Bava Kamma, however, defines the word "sharchei" as inactive and non-productive. Accordingly, "gvar nachashirchan" means a non-productive person. This seems to be Rashi's interpretation of "ish sadeh" -- "adam batel."

We see that what made Esav into Esav was that he was a "batlan," and what made Yaakov into Yaakov was that was a "mevakesh." It begins from this. Until age thirteen no one saw the difference outwardly, but apparently it was there underneath. In their youth the practical difference was slight, but it became greatly magnified as they grew older. This idea is of great relevance to us in Yeshiva. It is linked to "dikduk hadin," which we discussed in previous weeks, that even a small act can lead to tremendous ramifications in the course of history. Here we see even a desire and preparedness for something can have a great impact. Batala leaves to boredom leads to sin. One who wastes time is tantamount to murder, in a sense, since life is made up of a second and another second and another second.. To "kill time" is to kill life, and regarding life we pay no attention to quantity or size.

This importance of being a "mevakesh" has many sources: "Achat sha'alti me'et Hashem, otah avakesh" (One thing I asked of Hashem, that shall I seek); "Yismach lev mevakshei Hashem" (May the heart of those who seek Hashem be glad). We will mention two examples from Yaakov's life:

"[Yaakov] encountered the place." (28:11) Rashi comments that when Yaakov reached Charan he realized that he had bypassed by place where his forefathers prayed. "Yahiv da'atei" (he intended to return), and merited the miracle that "kaftza lo haderech," the ground jumped toward him. If G-d was willing to perform miracles to enable Yaakov to pray there, why didn't He cause him to tarry there in the first place by having foot ache or the like? The Baalei Mussar explain that there was no justification to perform a miracle beforehand, since Yaakov himself didn't want to stop and pray. Only when Yaakov gave his mind to returning was the miracle justified. Presumably, this desire must be sincere and accompanied with a willingness to act.

Why, in fact, did Yaakov not pay attention to pray there on his way to Charan? He must have been concerned, at first, of the danger, and therefore fled from Esav, as his parents commanded him. Later he felt that this did not preclude pausing to pray, and therefore intended to go back by foot. For someone who is willing to invest all this effort, G-d is willing to perform all these miracles. This is what the Targum writes about Yaakov, "tava ulfana," he sought learning. "Open for me an opening like the eye of a needle and I will open for you an opening like the entrance to a hall!"

Later, when Yaakov sees Rachel, he rolls off the big stone that was covering the well, a stone that normally required the joint effort of all the shepherds. Apparently Yaakov must have been a very strong man, yet we don't find that he was such a great weight lifter. In fact, two psukim later Rashi writes that Elifaz stole everything from him. If Yaakov was so strong, why didn't he overpower Elifaz? It does not seem that Yaakov was so muscular, especially after fourteen years of sleepless learning in the House of Study of Shem and Ever. In the piyut for rain it says "yichad lev" -- he focused his heart and mind, not his muscles! The simple reading of the pasuk, "vayigash Yaakov" (Yaakov came forward), indicates preparedness for this. Yaakov understood that this meeting with Rachel at the well was not merely a chance incident, but held in it the future of Klal Yisrael. This is the same trait of "yahiv da'atei," and perhaps for this same reason he was not afraid of Esav when he went back, since he now felt focused in his desire to pray at the holy site of his fathers.

It is clear that the notion of, "Open for me an opening," applies to everyone, each on his own level. Rabbeinu Yonah writes in Shaarei Teshuva that G-d will help the pennant repent even if his normal nature falls short. Even though it is hard to walk back to Charan, even though it is hard to roll the stone off, even though it is hard to sit in seder three hours straight -- "yahiv da'atei." In the Torah we find this about Yaakov; in Rabbeinu Yonah we find it written about everyone. "Hashem, your G-d will circumcise your heart." (Devarim 30:6) The Ramban writes that G-d promises to help the person repent, to the point that in the future He will annul the evil inclination. The key to this is beginning the Teshuva process earnestly.

Nefesh Hachayim writes a similar idea, that a person who embarks on doing a mitzvah taps into the root of mitzvah in upper realms and its light envelops him. This is the idea of "mitzvah goreret mitzvah," since the spirituality of the first mitzvah draws him to more and more mitzvot. Conversely, one who defiles himself with sin in this world, is defiled from above, as well. The root of that sin above envelops him in forces of evil, which push him to do more and more evil.

The Kli Yakar explains G-d's admonition to Kayin, "lapetech chatat rovetz" (sin rests at the door), that the critical moment of choice is "lapetach," at the very beginning. Once a person chooses good or bad, the rest is automatic. Either the person is "tava ulfana" or he is drawn after his yetzer. This decision is not once in life, but every day, and throughout the entire day. A person feels an urge to take a break and leave the Beit Midrash for "just a minute," and then it ends up dragging on and on. A practical suggestion in this situation is to wait ten minutes, and see if still necessary. This is what the Gemara comments that in the future the yetzer hara will appear to the wicked as a grain of sand, that it was just that first moment that they had to conquer! Conversely, the righteous, who are "mevakesh," seize the first moment and will be able to accomplish tremendous achievements. 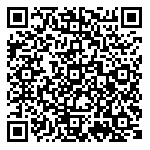