להדפסת השיעור
Parshat Lech Lecha
The Selection of Am Yisrael

Parshat Lech Lecha begins the “Jewish” part of the Torah. Already in the first pasuk, we learn an important principle about the essence of Judaism: “The foundation of true Jewish wisdom is the recognition of the divine element in the national soul.”
The parsha begins with the words, “Go from your land… and I will make of you a great nation… and all the families of the earth shall be blessed through you” (Bereishit 12:1-3). The Ramban asks:
This parsha neglected to explain why God told him, “Leave your land and I will do good for you the likes of which have never been.” The parsha does not introduce this with a description of how Avraham was a servant of God or a completely righteous person…

This silence is further perplexing considering that the Torah describes Noach’s positive qualities, informing us that he was a perfectly righteous person and that he “found favor in the eyes of God” (6:8) even before Hashem revealed Himself to him. Regarding Avraham Avinu, however, we hear nothing about why Hashem chose him!
The Maharal elaborates on this point in Netzach Yisrael (ch. 11). He explains that the choice of Yisrael was a general choice of Am Yisrael as a nation, in order to serve the divine purpose of Creation. This choice will never be revoked, as it was independent of any person’s actions. Hashem’s choice of Noach, on the other hand, was a choice of Noach as an individual because he found favor in Hashem’s eyes. Such a choice is dependent on a person’s actions. Since it constitutes “love that is dependent on another factor,” when the factor is absent, the love is nullified.
This is why the Torah refers to Yisrael as “children:” “You are children of Hashem your God” (Devarim 14:1). Rabbi Meir and Rabbi Yehuda disputed the nature of this designation in Kiddushin (36a). According to Rabbi Yehuda, Yisrael are called “children” only when they act like children should – when they adhere to their Father’s command. According to Rabbi Meir, however, “Regardless, you are called ‘children.’” In Rabbi Meir’s opinion, this appellation is not dependent on the child’s actions; even when the Jewish People worship idolatry and lack faith, they are still considered Hashem’s children, as it says, “Children who have no loyalty” (Devarim 32:20) and “Corrupt children” (Yeshayahu 1:4). This accords with the Chazal’s famous principle: “A Jew… even though he has sinned, is considered a Jew” – a Jew can never free himself of his divine connection.
Although we usually accept the opinion of Rabbi Yehuda when he is involved in a dispute with Rabbi Meir, it seems that everyone has accepted Rabbi Meir’s opinion in this case. The Shulchan Aruch records that it is forbidden to lend on interest to a Jewish heretic, and the Gra writes that the source of this halacha is Rabbi Meir’s opinion that Jews are called “children” regardless of their behavior, as well as the gemara’s statement of “A Jew… even though he has sinned, is considered a Jew.”
Similarly, Chazal write (Kiddushin 70b):
Rabbah bar Rav Huna said: Jews have an advantage over converts. Regarding Jews, it says, “And I will be for them a God, and they will be for me a nation” (Yechezkel 37:27), whereas regarding converts it says, “I will bring him near and he will come close to me… So you will be my people and I will be your God” (Yirmiyahu 30:21-22).

For Jews, the process begins with the fact that Hashem is their God – only afterwards are they considered His nation. The choice of the Jewish People is unilateral and independent on their actions, whether good or bad. The choice of people of the other nations, on the other hand, is dependent on their actions. Only once they find favor in His eyes and they become His nation does He become their God. This is the meaning of the promise that Hashem made to Avraham: “I will ratify My covenant between Me and you and between your offspring after you, throughout the generations, as an everlasting covenant, to be a God for you and your offspring after you” (Bereishit 17:7).
This explains Moshe’s emphasis on the last day of his life: “Not with you alone do I seal this covenant and this curse, but with whoever is her, standing with us today before Hashem our God, and with whoever is not here with us today” (Devarim 29:13-14). The gemara (Shabbat 55a) tells us that “the merit of the forefathers has ended,” and Tosfot comment that while the merit of the forefathers has ended, the covenant of the forefathers has not, since the covenant is not dependent on deed and merits. This is what we mean when we say in our tefillot every day, “And he brings a savior to their children’s children for the sake of His name, with love” – as Yechezkel taught, “I am not acting for your benefit, House of Israel, but for the sake of My holy name that you desecrated among the nations” (Yechezkel 36:22). This redemption will come “even if Yisrael are complete evil-doers, God forbid.”
For this reason, the Torah refrained from speaking in praise of Avraham, in contrast to Noach, since his actions did not bring about his selection. If the reason for his choice were dependent on his deeds, it would be “love dependent on another factor,” and in absence of that factor, the love would disappear as well. If that were the case, every time a Jew sinned, he would remove himself from the divine covenant. Now that the choice is “arbitrary” and independent of our actions, we cannot escape from it. We might avoid the responsibilities that we have been given, and for that we will be judged and punished, but a person can not free himself of the fact that he is Jewish. In the Maharal’s words:
It is therefore impossible to say that given the removal of the reason – the righteousness of the people – Hashem will revoke the fact that he chose them to be His nation. It is true that their actions, good or bad, contribute to the degree of closeness to Hashem or detract from it, but the selection itself was nevertheless not a result of any action. 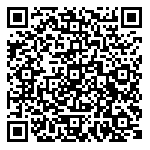