Rashi's commentary raises an apparent contradiction as to whether the "meraglim" (spies) were righteous at the outset of their mission. On the one hand, he writes at the beginning of the parsha (Bamidbar 13:3):

They were all "anashim" (distinguished men): Every usage of the word "anashim" in Scripture denotes importance, for at that moment they were righteous.

This Rashi indicates that the meraglim only became wicked at some later time. On the other hand, when the meraglim returned from their mission, Rashi writes (v. 26):

Here Rashi indicates that from the time that the spies were sent they already had the evil intention of giving a negative report about the Land of Israel!

One approach to resolve this difficulty is offered by Rav Yaakov Kanievsky, the Steipler Gaon, in his sefer, Birkat Peretz. He suggests that, indeed, at the time that the meraglim were chosen they were all righteous. (In fact, the Ramban indicates that some of the meraglim were even greater than Kalev and Yehoshua. He suggests that the meraglim were listed in order of their importance, thus implying that Kalev and Yehoshua were less important than those meraglim listed before them.) However, soon after the meraglim were notified of their appointment, they became arrogant and lost the proper perspective of themselves and of their mission. The true purpose of their mission was to report about the qualities of the Land of Israel and to investigate the best way to conquer the land. Instead, they decided to take the liberty of utilizing their mission to investigate whether or not it would be advisable to try to conquer the land at all!

We can thus explain that when Rashi states, "So too they went with evil intentions," it does not necessarily mean that when the meraglim left on their mission they already decided to give an evil report. Rather, it can mean that at the outset of their mission, the meraglim's arrogance caused them to assume that their mandate entitled them to make the decision as to whether or not the Nation of Israel should enter the land.

It is interesting to note that regarding the spies sent by Yehoshua, it says, "Yehoshua sent ... two men - spies - `cheresh'." (Yehoshua 2:1) The simple meaning of "cheresh" is, of course, "secretly." However, the Chidushei HaRim explains homiletically that the spies sent by Yehoshua viewed themselves as being similar to "klei cheres" (earthen vessels). The raw material of earthenware is of minimal worth, and thus, the main value of such vessels is in the function that they serve as containers. This is why "klei cheres" are "mekabel tum'ah" (contract ritual impurity) only from their inside, and not by being touched on their outside. Similarly, Yehoshua's spies, in contrast to ten of the meraglim in our parsha, did not think of themselves as being of great importance. They realized that their only value and purpose was to fulfill precisely the mission on which they were sent - to report about the land without adding their opinion as to whether to conquer it.

This phenomenon of honest, decent individuals becoming corrupt as a result of attaining positions of authority is unfortunately not unique to the meraglim. A story is told of a Chassidic Rebbe who had a not-so-honest shamash (attendant). When asked why he didn't get himself a new shamash, the rebbe replied, "My current shamash also used to be a fine, honest man. Only after he was appointed did he become the way he is now! Do you want me to choose a new shamash, and to cause another decent Jew to become corrupt as well?"

Perhaps one of the reasons that power has the ability to corrupt is that individuals often assume that any authority that they have is rightfully theirs, and thus it is to be used as they see fit. In truth, however, positions of leadership and power are tools that one is given in order to serve G-d and his fellow man, rather than to raise himself.

Hence, the key to our avoiding "gaavah" (arrogance) and its pitfalls is to remember always that all aspects of our existence, and in fact our very existence itself, is G-d's gift and not something to be usurped. "You shall remember Hashem, your G-d, that it was He who gave you the strength to make wealth." (Devarim 8:18) 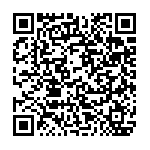