(Written by Moshe Kahn and translated by R. Avi Ch Based on a Sicha given at the Memorial Gathering,

Based on the parshiot of these weeks, Teruma and Tetzaveh, we will be able to provide some insight. Chazal say that Hashem "desired to have a dwelling place in the lower realms." Therefore, He commanded in the beginning of Parshat Teruma, "They shall make a Sanctuary for Me - so that I may dwell among them." (Shemot 25:8) The word "desired" expresses a strong will, further evidenced by the teaching of Chazal that Hashem created the world on condition that Bnei Yisrael accept the Torah. If they would not have accepted it, Hashem would have returned the world to "tohu vavohu - total emptiness." When they did accept the Torah, the creation of the world was finalized and affirmed. This desire to dwell in this world is one will of G-d.

Conversely, we find in the Midrash Eichah (Petichta 24) that Hashem personally cries over the destruction of the Temple, and says, "Woe is to Me! What did I do! I dwelt My Presence below on account of Israel, and now that they sinned, I returned to My first place!" If the destruction of the Beit Hamikdash disturbs Hashem so much, why did He destroy it? And why doesn't He rebuild it? The answer is that Hashem wants us to take initiative -- "Cherish Your handiwork!" He wants US to take action to rebuild the Beit Hamikdash.

There were two revelations at Chorev. The giving of the Torah expressed Hashem's desire for a dwelling place in this world. The revelation in the burning thornbush comes to underscore the unique link with Yisrael. What would happen if Yisrael dropped to such a low level that they would not be able to fulfill their mission in this world? Would Hashem replace them with another nation? The revelation at the burning bush shows that "Imo anochi b'tzara - I am with him in distress," and exemplifies the complete dependence of Hashem on Israel. Hashem will not replace Yisrael with another nation, and if they are incapable of fulfilling this mission, Hashem descends to their place of lowliness, as expressed by the thornbush.

Similarly, the Ramban writes in Parshat Ha'azinu (32:26) that if Yisrael would cease to exist, the entire purpose of the creation would not be fulfilled. Therefore, included in the desire in the creation of the world is that Am Yisrael should be His nation forever. This is Hashem's great promise to Yisrael, and this is the understanding of the Maharal that was quoted above, "There is no greater expression of His will." Hashem desired that his creations, specifically Yisrael, would provide him with a dwelling place in this world. 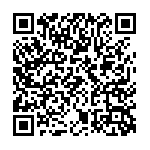