The connection between anochi Hashem and lo tirtzach can be explained in the following sense: the seriousness of the issur retzicha is based partially on the understanding that every man is created b’tzelem Elokim. Hence, the severity of lo tirtzach. Lo tinaf is connected to lo yihiyeh lecha Elohim acherim al panai, to the issur of avoda zara, because, after all, the pesukim and midrashim compare avoda zara to ni’uf. We have a close relationship with HaKadosh Baruch Hu, a relationship which is compared to a relationship between man and wife. Hence, avoda zara is a form of ni’uf. Lo tignov is connected with lo tisa et shem Hashem Elokecha lashav, with the issur of swearing falsely in God’s name, bearing God’s name in vain. After all, the pesukim indicate that a person that steals or commits various crimes, when he is brought to court, he might find a need to swear falsely to try to avoid being convicted or being punished. The connection between lo ta’aneh and zachor et yom hashabbat l’kadsho is very obvious. After all, our keeping Shabbat is a testimony to the fact that HaKadosh Baruch Hu created the world.

What, though, is the connection between lo tachmod and kabed et avicha v’et imecha? The Meiri in the introduction to his sefer suggests the following: chemda, lust, desire, coveting that which my friend has, the desire for worldly pleasures, for money and other taavot, is a root of all sorts of evils, the root of bad middot. A person who is able to control and curtail his desire is an individual who is bringing great honor to his parents. Hence, if one, in fact, observes lo tachmod in the proper and full sense, he is bringing great honor to his parents.  Along similar lines, the Kitzur Shulchan Aruch 143, largely based on the famous gemara in Yoma 86, writes that by a person acting properly, learning Torah and having proper middot, that brings great honor to his parents. May we all be zoche to control our desires and to work on our middot and that way bring great honor to ourselves, to our parents, to our rebbeim, and most importantly, to avinu shebashamayim. 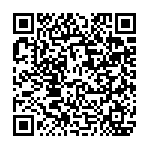