The Thirteen Attributes of... Repentance

The Thirteen Attributes of... Repentance

The שלש עשרה מידות הרחמים are a central part of our prayers during עשרת ימי תשובה and especially on יום כיפור. At first glance it would seem that reciting the מידות הרחמים is not directly associated with the concept of תשובה. Rather, their purpose is to plea for G-d's forgiveness and mercy. However, the implication of the section we recite at the beginning of the סליחות (when we introduce the  Middot) "ודרך תשובה הורית"  seems to be that the Middot   are closely related to תשובה.

In fact, one can suggest that there are a number of ways in which the middot are connected to תשובה.  Recital and pondering the attributes properly can, firstly, encourage and inspire תשובה, and, in addition,  be an actual part of the תשובה  process.


Rabbi Yitzhak Twersky Shlit"a (author of the sefarim Ammitah shell Torah) points out that there are various reasons that people are not חוזר בתשובה.  One common reason is that one might feel that he is a "goner", that there is no way that G-d will accept him back.  To counter that, the Middot tell us that הקדוש ברוך הוא is רחום וחנון etc. The road of repentance is available to all.

Others might have an almost opposite reason for not repenting. A person can fool himself into thinking that since G-d loves His people, one can sin without  suffering the consequences of being punished. This attitude is also countered by the Middot. We are told that there is a מידה of אמת and that הקדוש ברוך הוא is מנקה for the שבים and לא ינקה for those that don't do תשובה. If a person does not do תשובה then there will be dire consequences.

Thus it could be said that the מידות  inspire תשובה.


Furthermore, it can be said that the proper mention of these ways of G-d are part of the תשובה process itself. The גמרא in ראש השנה  דף י"ז describes the momentous event in which משה רבינו was taught the מידות הרחמים . It tells us that, כביכול,  G-d "appeared as a  שליח ציבור"  and recited those מידות. What is the message that the גמרא is trying to relate?  Some suggest that the idea is, that just as when G-d was the "שליח ציבור" , He not only recited the Middot, but  also exemplified them as well, similarly when Man is the שליח ציבור and recites those attributes he needs to live up to those traits. (Along similar lines, many point out that the language of the גמראis יעשו לפני כסדר הזה ( rather than יאמרו לפני כסדר הזה).).

Seeing to it that we ourselves aspire to live up to the Middot is important for two reasons. Certainly, if we want G-d to be merciful to us, we need to act in a similar manner to our fellow Jews. Beyond that though, emulating G-d's Middot is a fullfment of והלכת בדרכיו. By dong so we certainly become more "G-dlike" and thus are that much closer to G-d. And, what is תשובה if not that.


Thus we have seen that by  G-d teaching us his Middot, He, in fact, was teaching us much about the road to תשובה. May we all be זוכה to take advantage of this precious gift and fulfill the calling ושבת עד השם אלוקיך. 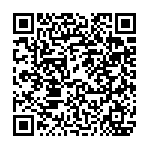 The Spies and the Trait of Arrogance
Rav Shlomo Friedman
E