In Parshas Shelach, we encounter the episode of the meraglim (spies). Although 10 of the spies return with a derogatory disposition with respect to Bnei Yisrael’s ability to conquer Eretz Yisrael, Calev tries to convince the nation that with God’s help, we will be able to overcome the current inhabitants of Israel. (Note: Although Yehoshua joins Calev later in ripping his clothes, he does not verbalize his opposition to the spies testimony). The Torah tells us כלב ויהס - Calev silenced the people (Bamidbar 13:30) and expressed his unequivocal belief that Bnei Yisrael will be victorious in its battle over the land of Israel. Calev’s initiative was viewed favorably by Hashem and although the nation was prohibited from entering Eretz Yisrael, Calev would be granted entry (Bamidbar 14:24).

Rav Moshe Feinstein (Drash Moshe) raises an interesting question. Calev had good intentions, but he was actually not successful in convincing the people not to believe the words of the other spies. If so, then why was he rewarded and viewed favorably in the eyes of Hashem? Perhaps one can presume that good intentions, even if not concretized into successful results are still meritorious. However, Rav Moshe offers an alternative explanation. If we examine the pesukim that follow Calev’s statement (Bamidbar 13: 31-33), – we notice that the spies reiterated their position to instill fear and despair in the people. Why was that necessary? They had previously detailed their opinion. Apparently, Calev was in fact able to persuade the people and to counter his success, the other spies had to restate their view that Bnei Yisrael did not stand a chance against the giants in Canaan. Calev was rewarded for his “temporary” success in persuading Klal Yisrael that they would be victorious in conquering Eretz Yisrael. It was like a see saw or ping pong, with the people’s faith being swayed from side to side after each party’s argument. The lesson to be derived is crucial. Just as one is permitted to violate the Shabbos to save another’s life, even if such an individual’s life can be extended for only a few minutes, so too, spiritually uplifting one’s neshama is valuable, even if it lasts for only a few moments. Calev was able to elevate the nation’s Emunah for a few moments and that was noteworthy. At times, as educators, parents, or friends, we try to inspire others. It can be frustrating when we feel that any success achieved may be only temporary. Calev’s initiative teaches us that even a momentary spiritual high is commendable. He was rewarded for those few moments where the nation was inspired,notwithstanding that they were later persuaded otherwise. In addition, it is possible that a currently lit spark will ignite further, in the future. As we state in Kriyas Shema – ...ושמתם לבבכם על – we are to place the Torah “on” our hearts? Shouldn’t it have stated “in” our hearts. Perhaps we can use similar logic to explain the use of the term “al levavchen”. Even if the words of Torah do not pierce one’s heart currently, if they are placed on one’s heart, they may penetrate at a future juncture. Like Calev, we should be encouraged to seek to inspire others, irrespective of whether or not we will achieve lasting success.

Reprinted with permission from Torah Tidbits 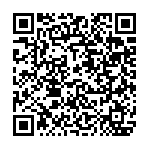