The Order of Donning Tefilin

This rule leads to an interesting discussion in the sugya in Yoma 33a. There, Abaye delineates the order of the daily service in the Beit Hamikdash. Every morning a Kohen removed the ashes from the Golden Alter, and this was immediately followed by the removal of the burnt out wicks from the Menorah. Abaye went on to say that although he knew this to be the correct procedure, he could not quote a pasuk to prove this point. Rava said this reason that the cleansing of the Altar takes precedence to the Menorah was based on the rule of Reish Lakish, which says, "ain ma'avirin al hamitzvot." We are never allowed to bypass a mitzva, and since, when the Kohen entered the Beit Hamikdash, the Golden Altar was nearer to the entrance than the Menorah, he had to attend to it first.

The Gemara presents us with a problem. We have here two rules: The first, that Tefilin shel yad takes precedence to Tefilin shel rosh, and the second, that we may not bypass a mitzva. When we are faced with the choice of either offending the first or the second of these rules, the Gemara decides that we respect the first and disregard the second. What is the reason behind this decision? Perhaps it would be better to put on the shel rosh before the shel yad in order not to offend the rule of bypassing a mitzva!

Before we attempt to answer this question we must find the source of the rule, "ain ma'avirin al hamitzvot." Rashi in Yoma says that the rule is derived from the pasuk in Parsha Bo which says, "You shall safeguard the matzot." The Mechilta on this pasuk states as follows: "Do not read 'matzot,' but rather 'mitzvot.'" We must guard the mitzvot. Just as we may not leave the matzot unattended, for it we do they become unfit for use, similarly we may not postpone any mitzva which we can perform. Since the Mechilta derives its law from a pasuk, we can assume that it enjoys the strength of a Biblical rule.

However, this is not necessarily so. When quoting a statement from a Mishna or a Beraita, the Gemara usually asks, "From where are these words?" The Gemara then quotes the pasuk from which the law is derived. Although the rule of not bypassing a mitzva is quoted six times in Shas, the Gemara never queries the source of the statement, and never notes the pasuk which the Mechilta uses. From this we can infer that the Gemara treats the pasuk quoted in the Mechilta as only an "asmachta" (supportive hint). The rule is only rabbinic, and the pasuk quoted is merely a hint found in the Torah to support this rule which the Chachamim formulated. This view is supported by the Chacham Tzvi in Teshuva 106 and the Radbaz in Teshuva 529.

However, this approach is not universally agreed upon. The Mishna says in Zevachim 47a, "The rest of the blood was poured on western side of the base of the outer Altar." On Yom Kippur the Kohen Gadol entered the Beit Hamikdash carrying a bowl which contained the blood of the special Yom Kippur sacrifices. He sprinkled some of the blood in the Holy of Holies, some in front of the Parochet (Curtain), and finally on the small Golden Altar. The remains were then poured on the western base of the large, outer Altar. Since the base also protruded on the southern side of the Altar, the Gemara asks, how do we know that the left over blood must be poured on the western, rather than the southern, base? The Gemara answers on 51a: The pasuk says, "Onto the base of the Burnt-offering Altar, which is at the entrance of Ohel Mo'ed." (Vayikra 4:7) Since the Altar was sited to the east of the Beit Hamikdash, it follows that the side nearest to it was the western one.

On this Gemara, Tosfot asks the following question. When the Kohen leaves the Beit Hamikdash towards the Altar he reaches the western side before the southern side. Consequently, since we have the rule of not bypassing a mitzva at hand, he obviously must pour the blood on that side because the Torah says we are not allowed to delay the performance of a mitzva. If he were to pour the blood on the southern side it would mean that he did not take the first opportunity to do the mitzva and therefore transgressed the rule. So why does the Gemara have to quote the pasuk, "Onto the base of the Burnt-offering Altar, which is at the entrance of Ohel Mo'ed," since even without this pasuk we would know that the blood must be spilled on the western base because one can't bypass a mitzva? Since Tosfot asks this question it is obvious that in their opinion the rule is from the Torah. Were it only derabanan, the Gemara would obviously have to quote the pasuk in order to make the pouring of the blood on the western base from the Torah, and the question "Why do we not infer this law from the rule, don't bypass a mitzva," would be meaningless. Consequently Tosfot cannot answer our question in the same way as the Radbaz and the Chacham Tzvi, and we must now find an alternate answer.

The Magen Avraham and the Turei Zahav (Orach Chaim siman 25) say that since the rule that Tefilin shel yad takes precedence to Tefilin shel rosh is clearly written in the Torah, whereas by contrast the rule of not sidestepping a mitzva is not explicitly stated, but learned by comparing mitzvot to matzot, it is better to transgress the latter rather than the former.

An alternate answer can be based on the Gemara in Menachot 36a which says, "When the Tefilin are removed, the shel rosh is removed first, and then the shel yad is removed." The Gemara explains that the reason for this is because Tefilin shel rosh are described in the plural term, "vehayu (they shall be) letotafot." As long as the shel rosh is in place we must be wearing two Tefilin. 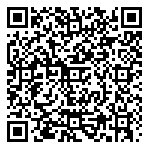