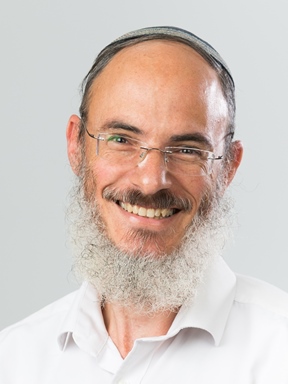 Rav Sharon Yust was born in 5732 and grew up in Haifa, where he studied in the Yavneh High School. He began his studies in the Hesder program at Yeshivat Kerem B’Yavneh in 5751. He served in the Golani Brigade and Combat Engineering Corps of the IDF during his army service

After completing Hesder, Rav Yust studied in the Rabbanut and Dayanut kollelim and the Teachers Institute at Kerem B’Yavneh. In 5771, he began serving as Sgan Mashgiach in the Yeshiva. Among other activities, Rav Yust delivers shiurim on mussar, emuna, and halacha to all Yeshiva students in both Hebrew and English, and he learns be-chavruta with students as well. He delivers shiurim to participants in the Kollel Yom Shelishi program.

Following Rav Rivlin’s retirement in 5776, Rav Yust officially began serving as the Mashgiach of the Yeshiva.